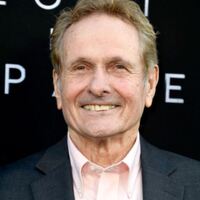 Mark Goddard net worth: Mark Goddard is an American actor who has a net worth of $3 million. Mark Goddard was born in Lowell, Massachusetts in July 1936. From 1959 to 1960 he starred as Cully on the television series Johnny Ringo. From 1960 to 1962 he starred as Det. Sgt. Chris Ballard on the TV series The Detectives. Goddard starred as Bob Randall on the series Many Happy Returns from 1964 to 1965. From 1965 to 1968 he starred as Don West on the television series Lost in Space. Mark Goddard has also appeared in episodes of the TV series The Beverly Hillbillies, Gunsmoke, Perry Mason, One Life to Live, Adam 12, Barnaby Jones, General Hospital, Jake and the Fatman, and more. He has been married three times including to actress Susan Anspach. Since 1990 he has only appeared in the movies Lost in Space, Overnight Sensation, and Soupernatural and the video short Lost in Space: The Epilogue.