Mark Feuerstein net worth: Mark Feuerstein is an American actor who has a net worth of $5 million. Mark Feuerstein is probably most famous for his role as the lead in the television show Royal Pains, which aired on the USA Network. Mark was born on June 8, 1971, in New York City, his family was Jewish. His father was a lawyer and his mother a school teacher. Feuerstein attended The Dalton School where he was a member of the wrestling team, and won the state championship. Later in 1993 he graduated from Princeton University and received a Fullbright scholarship and went to study at the London Academy of Music and Dramatic Art, and also at L'Ecole Phillips in France. In 2005 he married TV writer Dana Klein and they have three children. Feuerstein was He was named one of "50 Most Beautiful People" in 2003 by People magazine, and like many other stars he got his break-through role on a television soap opera. He had a re-occurring role on the daytime soap Loving, he also made several appearances on the soap opera Guiding Light. The daughter of director Nancy Meyers recognized Feuerstein from the 1998 movie Practical Magic, and she wanted her mother to cast him in her upcoming movie, What Women Want. He was tagged with the nicknames "Murderer of a thousand sitcoms" and "sitcom kryptonite" due to the fact her starred in many unsuccessful sitcoms such as Fired Up, Conrad Bloom, The Heart Department, Good Morning, Miami, and 3Lbs. He played the role of a love interest in the movie Two Weeks Notice with his Practical Magic co-star Sandra Bullock; however all of his scenes were deleted and never made it into the final version of the film. He became a member of the cast of a web series on Crackle titled The Hustler in January 2009, he also appeared on an episode of WWE Raw to promote a Royal Pains episode Titled " Keeping the Faith" on June 14, 2010. 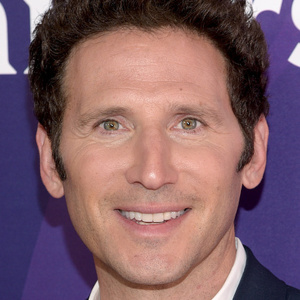