Mark Duplass Net Worth and Salary: Mark Duplass is an American film director, film producer, actor, and screenwriter who has a net worth of $12 million. In 1996, he and his brother Jay founded the production company Duplass Brothers Productions. Together, they have written and directed a number of films, including "The Puffy Chair, "Baghead," and "Jeff, Who Lives at Home."

Duplass is also known for his acting career, having played the role of Pete Eckhart in the FX series "The League." Another notable role came in the 2012 film "Safety Not Guaranteed." You may also remember Mark Duplass from films like "Humpday," "Tully," and "Paddleton." In terms of his television acting work, Mark gained additional credits in "Togetherness" and "The Mindy Project." In 2020, he received an Emmy Award for his role in "The Morning Show."

As a writer, some of Mark's most notable credits include the film "Creep" and its sequel. He also wrote the TV series "Room 104" while receiving additional credits as a producer. Outside of film and television, Duplass is a singer and keyboardist who has played in a number of bands.

Career: After starting a film production company with his brother Jay in 1996, Duplass worked his way up through the entertainment industry before breaking through with "The Puffy Chair." He and his brother wrote the script for this film in 2005, and they subsequently acted as producers. In addition, Mark played one of the main characters in "The Puffy Chair."

The Duplass brothers then followed up with "Baghead" in 2008, once again writing, producing, and directing the film together. During this period, Mark and his brother began to cultivate their own unique style. In his films, actors are given a great deal of freedom when it comes to ad-libbing and straying from the original script. In addition, the Duplass brothers are famous for shooting a high number of takes and heavily editing scenes in post-production. This unique style was further highlighted in their next film in 2010, entitled "Cyrus."

In 2012, the brothers released two different films: "Jeff, Who Lives at Home" and "The Do-Deca-Pentathlon." In 2014, Mark forged his own unique path by writing the horror flick "Creep." He also starred in the film alongside Patrick Brice, and in 2017 he was once again heavily involved in "Creep 2."

During this period, Duplass continued to cultivate his acting career. A major breakthrough came in 2009, when he started starring in "The League" alongside his wife Katie Aselton. Since then, he has been heavily involved in the television world, creating and starring in shows like "Togetherness." In 2015, he went back into the film world and starred in "The Lazarus Effect" alongside Evan Peters and Olivia Wilde.

Since 2015, Duplass has starred in films like "Tully" and "Duck Butter." He also continues to appear in TV series such as "Goliath" and "Paddleton," the latter of which he also co-wrote and produced.

Brand Endorsements: Mark Duplass has supplemented his income with brand endorsements over the years. In 2018, he appeared in a commercial for Wealthsimple.

Relationships: In 2006, Mark Duplass married Kate Aselton, one of the stars of his film "The Puffy Chair." They have had two children together over the course of their relationship.

Real Estate: In 2015, it was reported that Duplass and his wife had purchased a home in Silver Lake for $4.44 million. Just before this purchase, they sold a home in Los Feliz for $1.95 million. Originally designed by famed architect Barbara Bestor, the Silver Lake home made headlines for being the second-most expensive home in the neighborhood when Duplass snatched it up.

Originally constructed in 2006, the 7,200-square-foot home was once the most expensive residence in Silver Lake when it sold for $3.35 million in 2007. This residence features six bedrooms, a library, a gym, a roof deck, solar panels, and exceptional views of the surrounding area. Outside, there is one-third of an acre of land, which features a pool and grassy lawns.

In 2018, Mark purchased a home in Valley Village, California. He paid $1.75 million for the residence, which spans 3,442 square feet of living space and features four bedrooms. Additional features include a state-of-the-art security system, an outdoor fireplace, a pool, and a spa. Although the property is certainly luxurious, observers quickly determined that this was likely an investment for Duplass rather than a home he intended to live in.

This assessment was proven correct in 2019 when he sold his Valley Village home after just one year. Mark and his wife managed to sell the property for $1.925 million, which resulted in a profit of about $175,000. Not bad for an investment of less than one year.

Just one year later, the couple aimed to offload their other property in Silver Lake. Duplass and Aselton listed the property for $6.75 million, which would represent a multi-million dollar profit margin if they manage to flip it. As of this writing, the couple was still looking for a buyer. 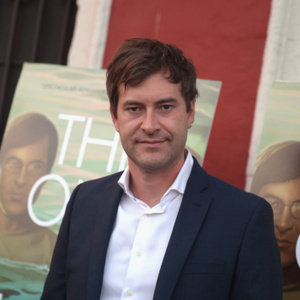