Mark Curry net worth and salary: Mark Curry is an American actor and comedian who has a net worth of $5 million dollars. Mark Curry was born in Oakland, California in June 1961. Mark is best known for starring in the ABC sitcom Hangin' with Mr. Cooper. Curry attended California State University, East Bay.

He became one of Oakland's most popular stand-up comics. His first film role cam in 1991's Talkin' Dirty After Dark. In 1992 he was cast in the lead role of Hangin' with Mr. Cooper. The show lasted until 1997. Over the years Curry also appeared on the television shows Martin, The Jamie Foxx Show, Less Than Perfect, Fat Actress, The Secret Life of an American Teenager, and The Drew Carey Show. In 2012 he joined the cast of Nick At Nite's first live action comedy show See Dad Run. He has hosted shows such as Comedy Central's Don't Forget Your Toothbrush, Animal Tails, and Coming to the Stage. In 2014 he appeared on the Bounce TV series One Love. Mark was in the Too Short music video for "I Ain't Trippin", as well as in a Bow Wow video. In 2006 Curry suffered a burn on over 20% of his body and was in a three day medically induced coma. 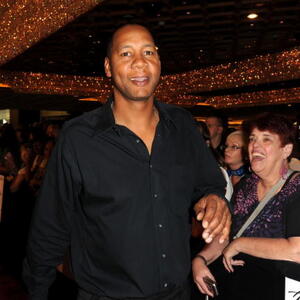