Maritza Rodriguez Net Worth: Maritza Rodriguez is a Colombian actress and model who has a net worth of $8 million. Maritza Rodriguez was born in Barranquilla, Colombia in September 1975. Rodriguez is best known for her roles in telenovelas such as starring in Amantes del Desierto as Barbara de Santana in 2001, Cristal Covarrubias in Angel Rebelde in 2004, Debora and Marfil Mondragon in Acorralada from 2007 to 2008, Sara Andrade in El Rostro de Analia in 2008, Pilar and Raquel Arismendi in La Casa de al Lado in 2011, Antonia Villaroel in El Rostro de la Venganza in 2012, and Teresa Cristina Palmer in Marido En Alquiler in 2013.

In 2000 she appeared in the film Kalibre 35. Maritza has her own line of beauty products. She has won awards from Premios India Catalina, Premios TVyNovelas, Miami Life Awards, Premios tu mundo 2012, Premios 2013, and Premios People en Espanol 2013. Maritza married Mexican television executive Joshua Mintz in 2005 and gave birth to twins in April 2014. 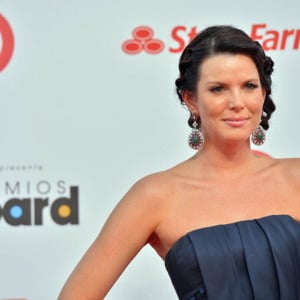