Marisa Tomei Net Worth and Salary: Marisa Tomei is an American actress who has a net worth of $25 million. Tomei got her start in 1984, appearing on the soap opera "As the World Turns" and landing minor roles in the films "The Flamingo Kid" and "The Toxic Avenger." She went on to become a highly successful film actress, starring in projects like "My Cousin Vinny" (1992), which earned her an Academy Award, "In the Bedroom" (2001), and "The Wrestler" (2008). Marisa has appeared on several television series as well, including "A Different World" (1987), "Rescue Me" (2006), and "Empire" (2015). In 2012, she was featured on NBC's "Who Do You Think You Are?," where she traveled to the Tuscany region of Italy and the island of Elba (part of Tuscany) to discover the truth about the murder of Francesco Leopoldo Bianchi, her maternal great-grandfather. Tomei is also an accomplished stage actress and has performed on Broadway in "The Comedy of Errors" (1992), "Wait Until Dark" (1998), "Salomé" (2003), "Top Girls" (2008), "The Realistic Joneses" (2014), and "The Rose Tattoo" (2019).

Early Life: Marisa Tomei was born on December 4, 1964, in Brooklyn, New York. Her mother, Adelaide, was a teacher, and her father, Gary, was a trial lawyer. Her paternal grandparents, Rita and Romeo, helped raise Marisa and her younger brother, Adam (who also grew up to become an actor), and she performed in plays while attending Andries Hudde Junior High School and Edward R. Murrow High School. After graduating in 1982, Tomei enrolled at Boston University, but she dropped out after she was cast on the CBS soap opera "As the World Turns."

Career: Marisa played Marcy Thompson on 12 episodes of "As the World Turns" from 1984 to 1985, then appeared in the 1986 film "Playing for Keeps" and starred as Maggie Lauten on 22 episodes of "A Different World" in 1987. In 1986, Tomei won a Theatre World Award for her performance as Cetta in an off-Broadway production of the play "Daughters." After her award-winning stage debut, Marisa appeared in the films "Oscar" (1991) and "Zandalee" (1991), and in 1992, she earned rave reviews for playing Mona Lisa Vito in "My Cousin Vinny." After she won the Oscar, film critic Rex Reed suggested that Tomei didn't actually win and that Jack Palance had announced the incorrect name, but his allegation was disproved. That year, Marisa also co-starred with Robert Downey Jr. in "Chaplin," and she soon appeared in "Untamed Heart" (1993) and reunited with Downey for "Only You" (1994). 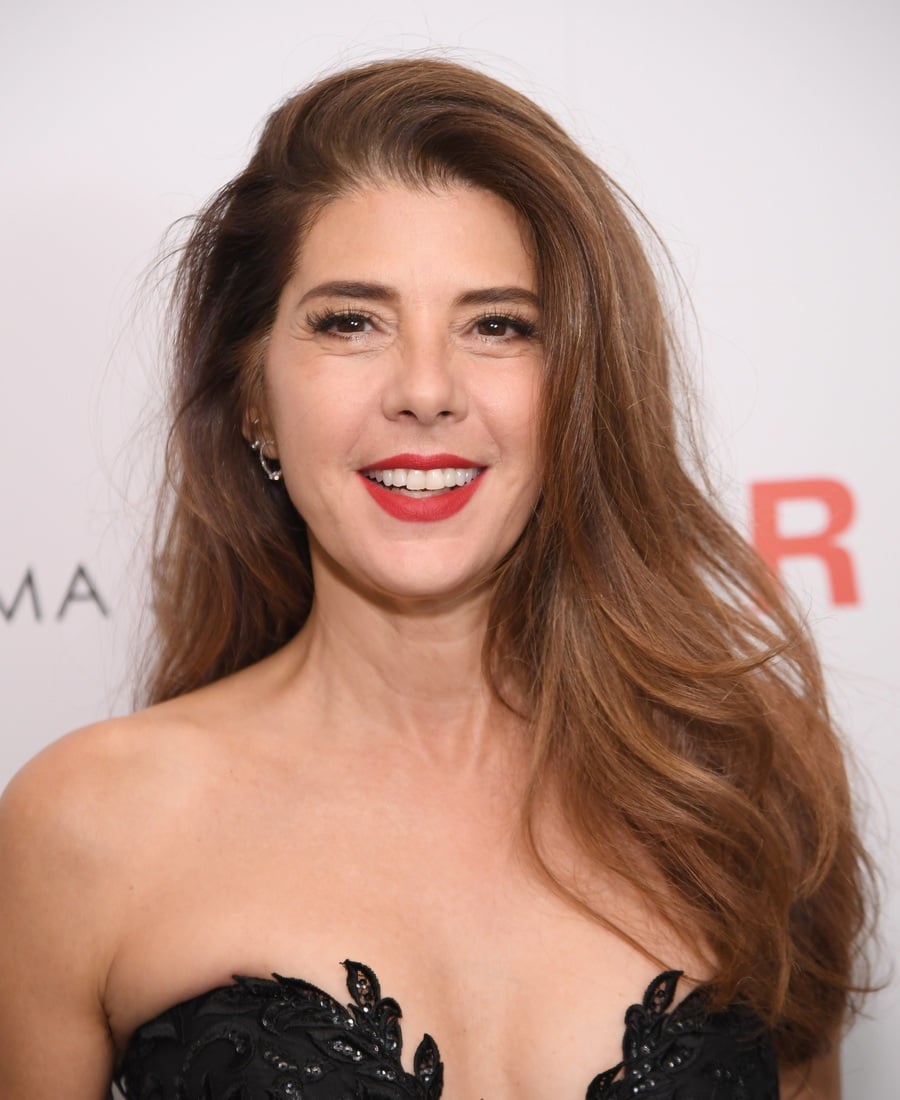 Tomei hosted "Saturday Night Live" in 1994, and two years later, she guest-starred as herself on "Seinfeld" and appeared in the Nick Cassavetes-directed film "Unhook the Stars," which earned her a Screen Actor's Guild award nomination. Marisa appeared in five films in 2000, including the thriller "The Watcher" and the romantic comedy "What Women Want," which grossed $374.1 million at the box office. In 2001, she played Natalie Strout in the independent film "In the Bedroom," which writer Stephen Holden of "The New York Times" called "easily her finest screen role." Tomei co-starred with Adam Sandler and Jack Nicholson in 2003's "Anger Management," then guest-starred on four episodes of the FX series "Rescue Me" and appeared in the critically-acclaimed 2007 crime drama "Before the Devil Knows You're Dead." In 2008, she played stripper Cassidy / Pam in "The Wrestler," a role that earned her numerous awards, and in 2010, she co-starred with John C. Reilly and Jonah Hill in "Cyrus."

Marisa then starred in "The Lincoln Lawyer" (2011), "Crazy, Stupid, Love" (2011), "The Ides of March" (2011), and "Parental Guidance" (2012). In 2015, she guest-starred on five episodes of the Fox drama "Empire" as Mimi Whiteman and appeared in the films "Trainwreck," "Love the Coopers," and "The Big Short." Tomei has portrayed May Parker in several Marvel movies, including "Captain America: Civil War" (2016) and "Spider-Man: Homecoming" (2017). In 2019, she played Edith Bunker in two ABC "Live in Front of a Studio Audience" television specials, and she appeared in Judd Apatow's "The King of Staten Island" in 2020. Marisa is set to appear in the upcoming "Spider-Man: Far From Home" sequel (which is untitled as of this writing) as well as the films "Sweet Girl" and "Delia's Gone." 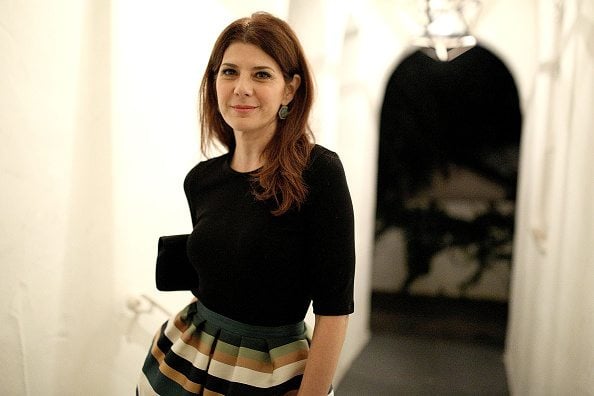 Personal Life: Marisa dated actor Logan Marshall-Green from 2008 to 2012, and she has reportedly had relationships with actors Robert Downey Jr. and Dana Ashbrook and writer/producer Frank Pugliese. In 2009, Tomei stated that she's not a fan of the institution of marriage and that she doesn't understand "why women need to have children to be seen as complete human beings." Marisa is a citizen of both the United States and Italy, and an advocate of voter rights, she promoted VoteRiders' Voter ID assistance resources on social media ahead of the 2020 election. Tomei is the godmother of Zoë Kravitz, the daughter of her "A Different World" co-star Lisa Bonet and musician Lenny Kravitz.

Awards and Nominations: Tomei earned Academy Award nominations for "My Cousin Vinny," "In the Bedroom," and "The Wrestler," winning Best Actress in a Supporting Role for "My Cousin Vinny" in 1993. The film also earned her an MTV Movie Award for Best Breakthrough Performance as well as an Awards Circuit Community Award and a Chicago Film Critics Association Award. In 1993, Marisa won an MTV Movie Award for Best Kiss (shared with Christian Slater) for "Untamed Heart," and she received a Gracie Allen Award for Outstanding Supporting Actress for "Rescue Me" in 2006. She won several awards for her performance in "The Wrestler," including a Hollywood Film Festival award, Online Film Critics Society award, and San Diego Film Critics Society award.

The cast of "Before the Devil Knows You're Dead" received a Gotham Award in 2007, and Tomei was nominated for an Independent Spirit Award for Best Supporting Female. In 2001, she won a Dallas-Fort Worth Film Critics Association award and a Southeastern Film Critics Association award for "In the Bedroom," and she earned a Gold Movie Award for the short film "Laboratory Conditions" in 2018. In 2014, Marisa was honored with a Golden Key award at the Key West Film Festival, and she shared a Palm Springs International Film Festival award with her "The Big Short" castmates in 2016.

Real Estate: In 1994, Marisa purchased a 1-bedroom apartment in Manhattan, and after her neighbors moved a few years later, she bought their unit and knocked down the wall that separated the two apartments. This resulted in a 2,265 square foot space that included two bedrooms and two bathrooms, and she put the home on the market for $7.5 million in 2018. She ultimately pulled the sale listing and instead put the unit up for rent for $12,000 per month. She still owns the apartment today. 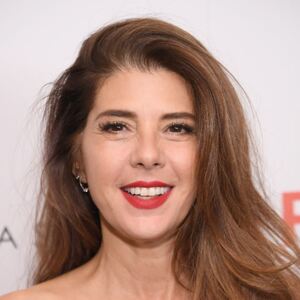