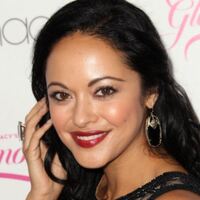 Marisa Ramirez net worth and salary: Marisa Ramirez is an American actress who has a net worth of $3 million. Marisa Ramirez was born in Los Angeles, California in September 1977. From 2001 to 2002 she starred as Gia Campbell on the soap opera General Hospital. Ramirez starred as Evelyn Santos on the television series Miracles in 2003. From 2006 to 2007 she starred as Carmen Mesta / Ines Vargas on the soap opera The Young and the Restless. Marisa Ramirez starred as Dr. Chloe Artis on the TV series Mental in 2009. In 2011 she starred as Lina Flores on the series Against the Wall. One of her best known roles has come starring as Maria Baez on the television series Blue Bloods beginning in 2013. Marisa Ramirez has also appeared in episodes of the TV series USA High, Roswell, CSI: Miami, Without a Trace, Supernatural, Castle, The Suite Life on Deck, CSI: NY, Bones, and more. She has been nominated for an ALMA Awards, Image Award, and Soap Opera Digest Award for General Hospital.