Marion Ross net worth: Marion Ross is an American actress who has a net worth of $10 million dollars. Marion Ross was born in Watertown, Carver County, Minnesota, and began focusing on pursuing a career in performance while in high school. She attended the drama program at the MacPhail Center for the Arts, and then went on to study theater at San Diego State University. While performing in summer theater productions in La Jolla, California, she was urged by her director to pursue a career in film. She went on to debut in her first film, "Forever Female", in 1935. From there, she enjoyed a steady career in both film and television projects. She is most widely recognized for her eleven seasons on the hit sitcom, "Happy Days", on which she played Marion Cunningham. She has also played recurring or guest-starring roles on such shows as "The Drew Carey Show", "That '70s Show", "Gilmore Girls", "Nurse Jackie", and "Grey's Anatomy".

Real Estate: In 1980, Marion bought a property in Woodland Hills, California for $285,000. That's the same as around $700,000 in today's dollars. Over 10 years she spent $600,000 additional dollars building what she now calls Happy Days Farm. She also owns a home in the town of Cardiff by the Sea which is near San Diego. 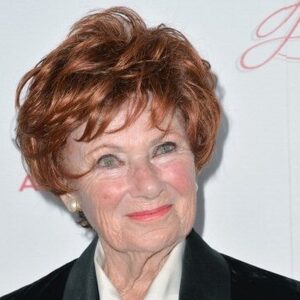