What is Marion Cotillard's Net Worth?

Marion Cotillard is an Academy Award-winning French actress who has a net worth of $50 million. Marion Cotillard is known for her performances in such French-language films as "A Very Long Engagement," "La Vie en Rose," "Rust and Bone," and "Two Days, One Night." Her English-language credits include "Public Enemies," "Inception," "Midnight in Paris," "The Immigrant," and "Annette." Additionally, Cotillard portrayed Joan of Arc on stage in various countries between 2005 and 2015, and has released a number of singles as a recording artist.

Marion Cotillard was born on September 30, 1975 in Paris, France and was raised around Orléans. Her mother, Monique Niseema Theillaud, is an actress and drama teacher, while her father, Jean-Claude Cotillard, is an actor, theatre director, teacher, and former mime. Cotillard has two younger twin brothers named Guillaume and Quentin. She began acting in her childhood in one of her father's plays. When she was 15, she entered the Conservatoire d'art dramatique, from which she graduated in 1994. Following this, Cotillard moved back to Paris to pursue her career in acting.

Cotillard made her feature film debut in 1994 with a small part in the romantic drama "The Story of a Boy Who Wanted to Be Kissed." She followed this two years later with roles in "My Sex Life… or How I Got into an Argument" and "La Belle Verte." The same year, Cotillard landed her first leading role in the television film "Chloé," in which she starred as a teenage runaway forced into a life of prostitution.

In 1998, Cotillard had her breakthrough role in the hit action comedy "Taxi," which garnered her a César Award nomination for Most Promising Actress. She would later go on to reprise her role in the sequels "Taxi 2" and "Taxi 3." In 1999, Cotillard had further leading roles in the war drama "War in the Highlands" and the post-apocalyptic science-fiction film "Furia." Two years later, she starred in "Lisa" and "Pretty Things," in the latter of which she played twins. This was followed by another starring role in the mystery thriller "A Private Affair." Cotillard then transitioned to Hollywood with a supporting role in Tim Burton's 2003 fantasy film "Big Fish." Her first English-language film, she worked alongside such established actors as Ewan McGregor, Billy Crudup, Albert Finney, Jessica Lange, and Helena Bonham Carter. Also in 2003, Cotillard starred in the French romantic comedy "Love Me if You Dare."

Cotillard had one of her biggest years yet in 2004, when she appeared in the French films "A Very Long Engagement" and "Innocence." Both were critically acclaimed, and for the former, she won the César Award for Best Supporting Actress. Cotillard had an even more prolific year in 2005, starring in a whopping six films. They included "Love is in the Air," "Mary," and "The Black Box." In 2006, Cotillard appeared in four films, including Ridley Scott's "A Good Year," the Belgian film "Dikkenek," and the coming-of-age film "Toit et moi." 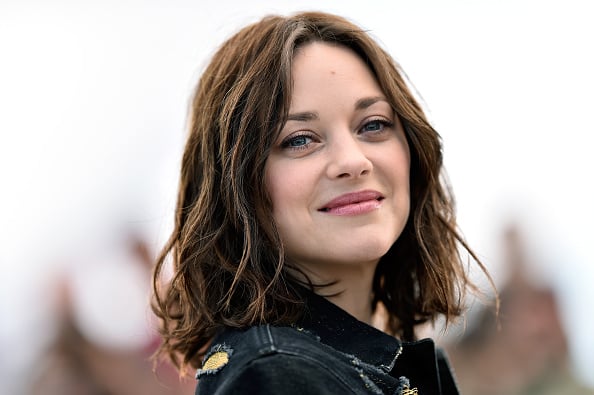 Cotillard was launched to international stardom in 2007, when she portrayed French singer Édith Piaf in the musical biopic "La Vie en Rose." She received incredible acclaim for her performance, winning a number of awards including the Oscar for Best Actress. In the process, she became the first actor ever to win an Oscar for a French-language performance. Cotillard followed this triumph with a string of high-profile films, including Michael Mann's historical gangster drama "Public Enemies"; Rob Marshall's musical "Nine"; Christopher Nolan's science-fiction blockbuster "Inception"; Guillaume Canet's ensemble dramedy "Little White Lies"; Woody Allen's comedy "Midnight in Paris"; and Steven Soderbergh's thriller "Contagion." In 2012, Cotillard appeared in the superhero sequel "The Dark Knight Rises," and gave one of her most acclaimed performances in Jacques Audiard's "Rust and Bone," for which she received Golden Globe and Screen Actors Guild Award nominations. She was next in the historical drama "The Immigrant" and the crime thriller "Blood Ties."

In 2014, Cotillard received her second Oscar nomination for the Dardenne brothers' drama "Two Days, One Night." She followed this with starring roles in "Macbeth," "It's Only the End of the World," "From the Land of the Moon," "Allied," and "Assassin's Creed." In 2017, Cotillard starred in "Rock'n Roll" and "Ismael's Ghosts." Her subsequent credits have included "Angel Face" and Leos Carax's Cannes-winning musical "Annette."

As a musician, Cotillard sings and plays guitar, tambourine, and keyboard. She cowrote and performed the song "La Fille De Joie" for her film "Pretty Things" in 2001. Cotillard also provided songs to the soundtracks of her films "A Private Affair," "Edy," and "Nine." Additionally, she has recorded songs for the campaigns of major brands such as Cartier, Lady Dior, and Chanel.

In the late 90s, Cotillard dated French actor Julien Rassam. Subsequently, from 2000 to 2005, she was in a relationship with actor Stéphan Guérin-Tillié, with whom she costarred in the 2001 television series "Les redoutables" and the 2005 films "Cavalcade" and "Edy." In 2007, Cotillard began dating Guillaume Canet, who has directed her in a number of his films, and costarred alongside her in "Love Me if You Dare." The two are not married. Together, they have a son and a daughter.

Cotillard is heavily involved in philanthropic endeavors, and has participated in numerous campaigns for environmental protection. She has been involved with such organizations as Greenpeace, the Maud Fontenoy Foundation, Association Wayanga, WWF, and the Nicolas Hulot Foundation. In 2013, Cotillard caged herself near the Louvre in Paris to demand the release of 30 Greenpeace activists who were imprisoned in Russia. Since then, she has participated in many other campaigns, forums, and projects to combat climate change. 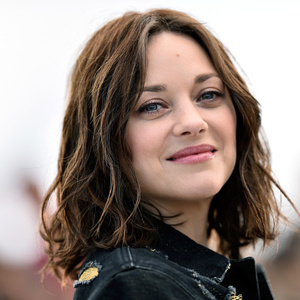