What is Mario Van Peebles' Net Worth?

Mario Van Peebles is an American film director and actor who has a net worth of $12 million. Mario Van Peebles is best known for directing and starring in the 1991 crime thriller "New Jack City" and the 2003 biopic "Baadasssss!," in which he portrays his father Melvin. He has also directed and appeared in such films as "Posse," "Panther," "Love Kills," "Hard Luck," and "Armed." Meanwhile, on television, Van Peebles has had notable roles on the series "Damages," "Bloodline," and "Superstition," and has directed episodes of numerous shows.

Mario Van Peebles was born on January 15, 1957 in Mexico City, Mexico to actress and photographer Maria and director, writer, and actor Melvin Van Peebles. Growing up, he traveled often with his parents. For his higher education, Van Peebles went to Columbia University, where he majored in economics.

In 1971, Van Peebles made his big-screen debut in his father's milestone blaxploitation film "Sweet Sweetback's Baadasssss Song." In the film, he played the younger version of his father's titular character. Van Peebles didn't return to the big screen until 1984, when he appeared in the action thriller sequel "Exterminator 2" and the historical crime drama "The Cotton Club." Subsequently, in 1985, he had his first leading role in the dance drama sequel "Rappin'." Van Peebles went on to appear in such films as "Last Resort," "Hotshot," "Heartbreak Ridge," "Jaws: The Revenge," and "Identity Crisis," which he wrote and his father directed. In 1991, Mario Van Peebles made his feature film directorial debut with the crime thriller "New Jack City," in which he also starred alongside Wesley Snipes, Ice-T, Chris Rock, and others. He next directed and co-starred in the black Western "Posse." In 1994, Van Peebles appeared alongside Christopher Lambert in the films "Gunmen" and "Highlander III: The Sorcerer." 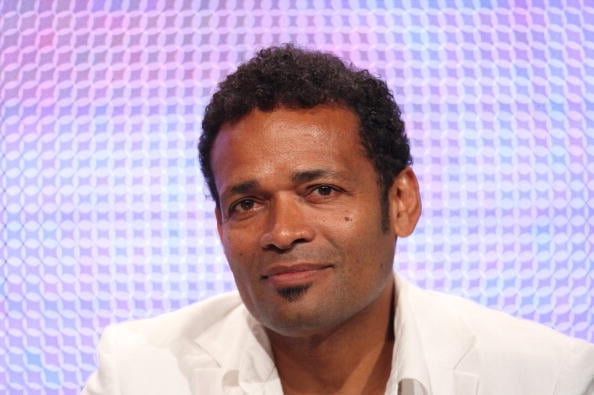 Van Peebles began the new millennium starring in the thriller "Blowback." After that, he portrayed Malcolm X in the biographical sports drama "Ali." In 2003, Van Peebles had one of his greatest critical successes with his biographical drama "Baadasssss!," depicting the making of his father's landmark 1971 film "Sweet Sweetback's Baadasssss Song." In the film, Van Peebles portrays his father. His next film as director was the 2006 thriller "Hard Luck," starring Wesley Snipes. Following this, Van Peebles starred in his father's film "Confessionsofa Ex-Doofus-ItchyFooted Mutha." He was subsequently in "Multiple Sarcasms" in 2010, the same year he directed "Redemption Road," starring Michael Clarke Duncan and Luke Perry. In 2011, Van Peebles directed and starred in the direct-to-DVD film "All Things Fall Apart." The following year, he directed, wrote, and appeared in the comedy "We the Party."

Van Peebles' next film as director, the direct-to-DVD action thriller "Red Sky," came out in 2014. That same year, he appeared in the sex comedy "Mantervention." In 2016, Van Peebles directed the war film "USS Indianapolis: Men of Courage," starring Nicolas Cage and Tom Sizemore; he also appeared in the survival thriller "Submerged." Van Peebles subsequently appeared in the Christian drama "Run the Race" and directed and starred in the action film "Armed."

On the small screen, Van Peebles first appeared in the 1981 television miniseries "The Sophisticated Gents." From 1982 to 1983, he played Doc Gilmore on the soap opera "One Life to Live." Later in the decade, Van Peebles had a recurring role in the first season of "L.A. Law" and a main role on the short-lived crime drama "Sonny Spoon." Going into the 90s, he both directed and appeared in episodes of the series "21 Jump Street." Van Peebles' acting credits throughout the remainder of the decade included "In Living Color," "Living Single," "The Outer Limits," and the miniseries "Mama Flora's Family." He also appeared in the television films "A Triumph of the Heart: The Ricky Bell Story," "In the Line of Duty: Street War," "Full Eclipse," and "Gang in Blue," which he co-directed with his father.

In the early 00s, Van Peebles joined the main cast of the sitcom "Rude Awakening" in its third season. He subsequently appeared in episodes of "Robbery Homicide Division," "Soul Food," and "Law & Order." From 2007 to 2009, he played the recurring role of Samuel Woods on the legal thriller series "Damages." During this time, he also appeared on "All My Children" and "Mario's Green House," and directed episodes of "Sons of Anarchy" and "Law & Order." Among his other notable credits, Van Peebles had a recurring role in the third season of the Netflix series "Bloodline" and a main role on the mystery series "Superstition." He also had a recurring role in the fifth season of the horror series "Z Nation." Meanwhile, as a director, Van Peebles directed episodes of "Lost," "Boss," "NCIS," "Nashville," "Once Upon a Time," "Empire," "The Last Ship," and the 2016 remake of "Roots."

Van Peebles was previously married to actress Lisa Vitello, with whom he had two children, including rapper, actor, and producer Mandela. With his second wife, dancer, actress, author, and yoga instructor Chitra Sukhu, Van Peebles has three additional children. 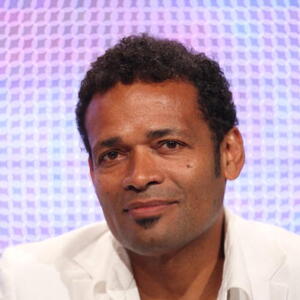