What is Mario Lopez's Net Worth and Salary?

Mario Lopez is an American actor, television host, and spokesman who has a net worth of $25 million. Today, Lopez is probably best known for his work as an entertainment journalist on the show Extra, although he experienced earlier fame with a breakthrough role on Saved by the Bell. After hosting and appearing in a range of reality TV shows, Mario Lopez Jr. has become one of the most recognizable faces in the entertainment industry. Mario's annual salary for his duties on Extra is $6 million.

Mario Lopez Jr. was born on October 10th of 1973 in San Diego. Mario was raised in a Catholic Mexican family along with his younger sister. Described as a "child prodigy," Mario displayed considerable talent as a young child, and he had learned tap and jazz dance styles by the age of 3. He also explored pursuits such as karate and wrestling at the age of 7.

It soon became clear that he excelled at virtually anything his parents encouraged him to do – including acting. While he was starting his career as a child actor, Mario Lopez also became a competitive wrestler. In his senior year of high school in 1991, Mario Lopez placed second in San Diego and seventh in California during wrestling championships.

Mario Lopez was quickly snapped up by an acting agent at the age of 10. His various talents – particularly in dance – made him an obvious choice for commercials and advertisements. Prior to achieving success in television, a young Mario Lopez booked countless commercial roles.

At age 11, Mario Lopez booked his first major acting role with a.k.a Pablo. The comedic series was soon canceled, but Lopez went on to star in Youth Incorporated, showing off his drumming and dancing skills for three seasons. Another early role came in 1987 when he played a Latino boy in The Golden Girls. In '88, Mario Lopez appeared in the critically acclaimed film Colors as a member of a Hispanic gang.

After Saved by the Bell ended in 1993, Mario Lopez took a hiatus before returning to acting in 1997 with a television movie. His next recurring television role came in 1998 with Pacific Blue, although the series was canceled two seasons later. In 2006, Mario Lopez experienced further success after booking the role of Dr. Christian Ramirez on the soap opera The Bold and the Beautiful.

Much of Mario Lopez's television career has been defined by notable guest-starring roles. Early in his career, he appeared on shows like Ressurection Blvd., Eve, and The Bad Girls Guide. He also made an impact with a guest-starring role on the fourth season of Nip/Tuck. In 2006, he made a memorable appearance on George Lopez as a police officer. In 2008, Mario Lopez made his Broadway debut in A Chorus Line, playing the role of Zach. He also briefly appeared in Sesame Street in 2012. In 2015, Lopez had the chance to reunite with his Saved by the Bell costars with a comedy sketch on The Tonight Show Starring Jimmy Fallon. 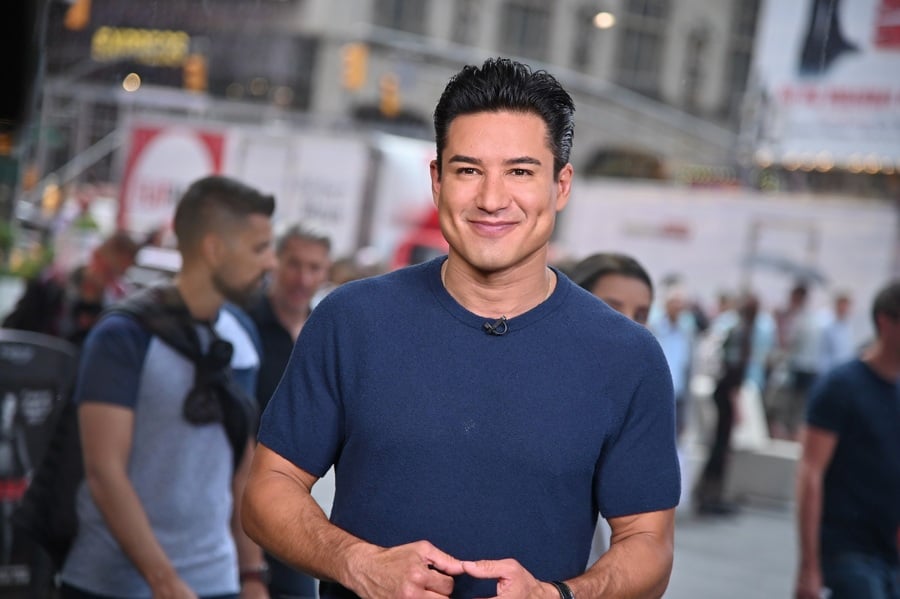 Outside of acting, Mario Lopez has experienced considerable success in the world of reality television. In 2006, he joined the third season of Dancing with the Stars, partnering with the professional dancer (and his girlfriend) Karina Smirnoff. The couple finished in second place. In 2010, Mario Lopez also started a reality show with his next girlfriend, Courtney Mazza. The show is called Mario Lopez: Saved by the Baby, and it follows the couple as they prepare for their first child.

In addition to acting and reality television, Mario Lopez has become quite successful as a host. As early as 1992 (before Saved by the Bell ended), he was hosting NBC's Name Your Adventure. From 1995 to 1996, he hosted Masters of the Maze. His next major hosting role came in 2002 when he took the reins of Pet Star for three years. Many viewers also remember Mario Lopez's role as a host for various Miss America beauty pageants.

In 2012, he hosted X-Factor with Khloe Kardashian. That year, he also started hosting his own nationally syndicated radio show. Mario Lopez co-hosted The Wendy Williams Show and until 2019, he was the host of Extra before moving instead to Access. Today, Mario Lopez hosts MTV's America's Best Dance Crew and Top Pop Group.

Mario Lopez wrote a number of books over the course of his career. These include 2008's Mario Lopez Knockout Fitness, 2010's Extra Lean, and 2012's Extra Lean Family. Extra Lean became a New York Times Bestseller. As is evident from the titles of the books, they focus on weight loss and fitness. In 2011, Lopez also published a children's book called Mario and Baby Gia. The book focuses on his relationship with his daughter.

Mario Lopez first married actress Ali Landry in 2004, although their marriage was annulled shortly afterward. Lopez had allegedly been unfaithful to his fiancee during his bachelor party. From 2006 to 2008, he dated Karina Smirnoff – his dance partner on Dancing with the Stars.

While performing in the Broadway production of A Chorus Line, Lopez met Courtney Mazza. In 2010 they had their first child, and in 2012 they married in Mexico. Since their marriage, the couple has had two more children.

In 1994 Mario paid $240,000 for a modest home in Burbank, California. He appears to still own this home today. He also appears to own a second home in Burbank which he purchased for $1.25 million in 2004. His primary residence since August 2010 has been a Spanish-style home in nearby Glendale, which he acquired for $1.95 million. 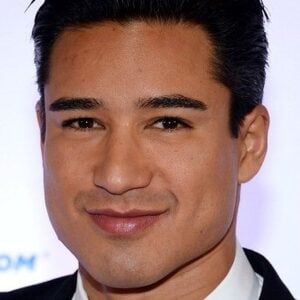