Marina Sirtis net worth: Marina Sirtis is a British-American actress who has a net worth of $6 million dollars. Born in London, England, Marina Sirtis was accepted to the prestigious Guildhall School of Music and Drama, and then went on to a strong career in the British theater, appearing in productions of "What the Butler Saw" and "Hamlet", in the late 70s.

She began working on British television in the late 70s as well, and then began adding film credits to her resume in the early 80s. She appeared in such projects as, "Raffles", "The Thief of Baghdad", "Minder", "The Wicked Lady", and "Death Wish 3". In 1986, she relocated to the United States, and was soon cast in the role that would make her a household name, as Counselor Deanna Troi in "Star Trek: The Next Generation". She appeared on the show for all seven of its seasons, and also co-starred in the various "Star Trek" spin-off films. She has since guest-starred, or co-starred, in such projects as, "Diagnosis: Murder", "Earth: Final Conflict", "Stargate SG-1", "The Cleveland Show", and "Grey's Anatomy". 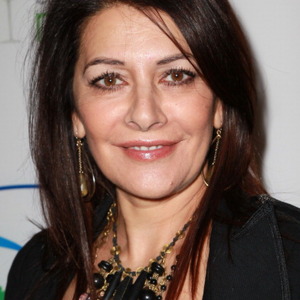