Marin Ireland Net Worth: Marin Ireland is an American actress who has a net worth of $1 million. Marin Ireland was born in 1980. She trained at the Idyllwild Arts Foundation and graduated from The Hartt School at the University of Hartford. Ireland appeared in episodes of Law & Order: Criminal Intent in 2003 and 2006.

She starred in the movie The Manchurian Candidate in 2004. In 2011 she starred as Letty in the TV mini-series Mildred Pierce. In 2011 Ireland had a recurring role as Elena in the TV series A Gifted Man. She also had a recurring role as Claire Mann in the television series Boss in 2012. From 2011 to 2012 she had a recurring role as Aileen Morgan in the TV series Homeland. In 2014 Marin starred as Christine Rosa in the series The Divide and as Pauline Masters in the TV series Masters of Sex. Ireland has also starred in the films I am Legend, Revolutionary Road, Brief Interviews with Hideous Men, Hope Springs, The Letter, and Side Effects. She has also appeared in episodes of the TV series Law & Order: Special Victims Unit, Law & Order, The Good Wife, The Killing, and The Following. Ireland is also a stage actress who won the 2009 Theatre World Award and was nominated for a Tony Award for Best Performance by a Featured Actress in a Play the same year. 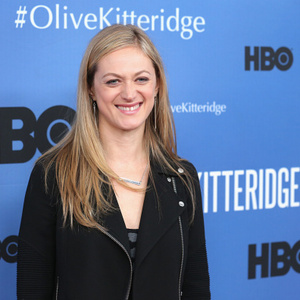