Marin Hinkle net worth: Marin Hinkle is a Tanzanian-American actress who has a net worth of $3 million dollars. Marin Hinkle was born in Dar es Salaam, Tanzania, and went on to graduate from Brown University. She then graduated from Tisch School of the Arts' Graduate Acting Program. She began her professional on-camera career in the mid-90s with a small role on the soap opera, "Another World".

From there, she went on to steady film and television work. She made her feature film debut in the 1994 film, "Angie". Since then, she has appeared in such films as, "Breathing Room", "I'm Not Rappaport", "Frequency", "I Am Sam", "Quarantine", "Imagine That", and "Weather Girl". She has also appeared in guest-starring, recurring, and co-starring roles on such television shows as, "Spin City", "Law & Order", "House", "Brothers & Sisters", "The Sarah Silverman Program", "Private Practice, and "Army Wives". She is most widely recognized for her starring roles on "Once & Again", "Two and a Half Men", and the short-lived series, "Deception". 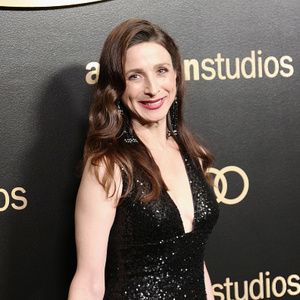