How much is Marilyn Monroe Worth?

Marilyn Monroe net worth: Marilyn Monroe was an American actress, model, and singer who had a net worth equal to an inflation-adjusted $10 million at the time of her death in 1962. During her career, Marilyn earned a little under $3 million from film salary, the same as around $24 million before taxes after adjusting for inflation.

Marilyn Monroe was born in Los Angeles, California in June 1926 and passed away in August 1962. She was a sex symbol who starred in a number of films in the 1950s and 1960s. Monroe started out as a model which led to her getting a film contract with Twentieth Century-Fox in 1946. She gained attention for her roles in the movies The Asphault Jungle and All About Eve and had her first starring role in Don't Bother to Knock in 1952. Monroe starred in Niagara in 1953, Gentlemen Prefer Blondes in 1953, How to Marry a Millionaire in 1953, and The Seven Year Itch in 1955. She studied at the Actors Studio and then starred in the movie Bus Stop in 1956 for which she was nominated for a Golden Globe Award.

Her production company Marilyn Monroe Productions released the movie The Prince and the Showgirl in 1957 which won Monroe a David di Donatello award and a BAFTA Award nomination. She won a Golden Globe Award for Some Like It Hot in 1959 and her final film was The Misfits in 1961. In 1960 she was awarded a Star on the Hollywood Walk of Fame at 6778 Hollywood Blvd. Monroe has been named #1 in Film's Sexiest Women of All Time and the sixth greatest female star of all time. Marilyn Monroe passed away on August 5, 1962 at 36 years old from a barbiturate overdose. 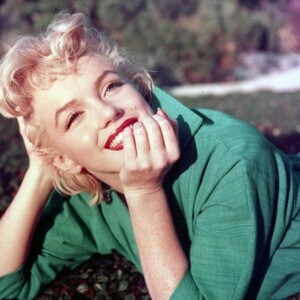