Marilyn Burns Net Worth: Marilyn Burns was an American actress who had a net worth of $300 thousand. Marilyn Burns was born in Erie, Pennsylvania, in 1949, and grew up in Texas. She started acting in school and made her film debut in 1970's "Brewster McCloud" while she was studying at the University of Texas at Austin. She earned her drama degree a year after making her movie debut. In 1974, she was cast as Sally Hardesty in the horror hit "The Texas Chain Saw Massacre", which set up her future career as one of the original scream queens. Two years later, she starred as Linda Kasabian in "Helter Skelter", earning three Emmy Award nominations for her portrayal of one of the Charles Manson family members who testified in exchange for immunity. In 1977, she appeared as Faye in "Eaten Alive". She played Nora Dennis in 1981's "Kiss Daddy Goodbye" and Dorothy Grim in 1985's "Future-Kill". Burns reprised the role of Sally Hardesty twice: first for 1994's "The Return of the Texas Chainsaw Massacre: The Next Generation" and later for 2013's "Texas Chainsaw 3D". She also appeared in 2012's "BoneBoys" as Ruth and starred as Beulah Standifer in 2014's "Sacrament", which premiered in June. Burns had two yet-to-be-released upcoming films at the time of her death: "In a Madman's World" and "Mindflip". On August 5, 2014, Burns was found dead in her Houston home by family members. She was 65 years old. 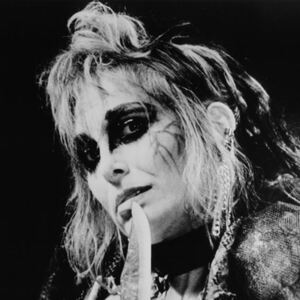