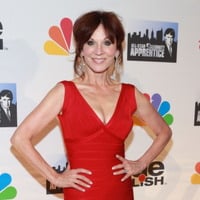 What is Marilu Henner's Net Worth?

Marilu Henner is an American actress, producer, author and dancer who has a net worth of $12 million. Marilu Henner is best known for her roles on the television sitcoms "Taxi" and "Evening Shade." On film, she has starred in such titles as "Hammett," "Cannonball Run II," "Johnny Dangerously," "L.A. Story," and "Noises Off." Henner has also starred in numerous television films, notably those in the Hallmark "Aurora Teagarden Mystery" series.

Marilu Henner was born as Mary Lucy Denise Henner on April 6, 1952 in Chicago, Illinois to Loretta and Joseph. As a young adult, she went to the University of Chicago.

While she was still attending college, Henner began her professional acting career on stage. In 1971, she originated the role of Marty in the musical "Grease." Henner went on to appear in a number of Broadway productions after this, including the musical "Over Here!" and revivals of "Pal Joey" and "Chicago."

Henner rose to stardom in 1978 with her role on the sitcom "Taxi." She played Elaine Nardo, a single mother working as a cabbie who dreams of becoming a professional artist. Henner starred alongside Judd Hirsch, Jeff Conaway, Danny DeVito, Tony Danza, and Andy Kaufman, among others. For her work on "Taxi" through 1983, Henner earned five Golden Globe Award nominations. After the show ended, she appeared in episodes of "Alfred Hitchcock Presents," "Great Performances," and "Who's the Boss?" Henner was also in the television films "Love with the Perfect Stranger," "Channel 99," and "Ladykillers." In 1990, she began her next main role on a regular series, playing Ava Evans Newton, the wife of Burt Reynolds' character, on the CBS sitcom "Evening Shade." The show ran until 1994, when Henner began hosting her eponymous daytime talk show. Later in the decade, she played Molly Brown in the CBS miniseries "Titanic." Among her other notable 90s credits, Henner voiced Veronica Vreeland on "Batman: The Animated Series."

Kicking off the new millennium, Henner starred opposite Robert Wagner in the television film "Rocket's Red Glare." She went on to appear in episodes of the series "Providence," "Greg the Bunny," "Center of the Universe," "Living with Fran," and "The Comeback." From 2006 to 2007, Henner hosted the reality competition series "America's Ballroom Challenge." In the years after that, she made guest appearances on such shows as "My Boys," "ER," "Party Down," "Numb3rs," "Grey's Anatomy," and "Unforgettable." Additionally, Henner competed in the first season of the reality show "The Celebrity Apprentice"; she returned to the show in its sixth season to compete alongside other "Apprentice" alums. Elsewhere on reality television, Henner competed in season 23 of "Dancing with the Stars" in 2016. Paired with dancer Derek Hough, she finished in sixth place. Among her other major television credits, Henner had a five-episode role on the comedy series "Brooklyn Nine-Nine," and has played Aida Teagarden in multiple installments of the Hallmark Channel's "Aurora Teagarden Mystery" series. 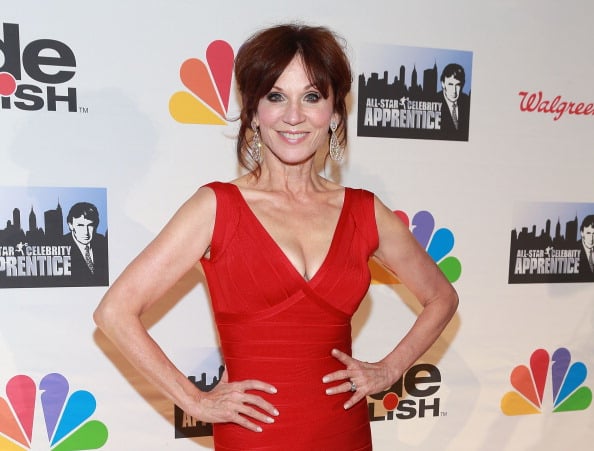 Henner made her film debut in 1977 as part of the ensemble cast of Joan Micklin Silver's "Between the Lines." The following year, she appeared in Robert Mulligan's coming-of-age film "Bloodbrothers," based on the eponymous Richard Price novel. Henner next starred opposite Frederic Forrest in the 1982 neo-noir "Hammett," directed by Wim Wenders. She subsequently appeared in Blake Edwards' comedy "The Man Who Loved Women," her first project co-starring Burt Reynolds. The pair reunited in the action comedy sequel "Cannonball Run II" in 1984. That same year, Henner starred opposite Michael Keaton in the gangster parody "Johnny Dangerously." In 1985, she appeared in the romantic drama "Perfect" and the Western parody "Rustlers' Rhapsody," for which she earned a Golden Raspberry Award nomination for Worst Supporting Actress. Henner's final film credit of the decade was the 1987 thriller "Grand Larceny," in which she starred as a woman who discovers her estranged, deceased father was a thief.

In 1991, Henner starred opposite Steve Martin in the romantic comedy "L.A. Story" and opposite John Travolta in the crime drama "Chains of Gold." Her subsequent credits were Peter Bogdanovich's adaptation of the comedy play "Noises Off" and Dennis Hopper's US Navy comedy "Chasers." Henner appeared less frequently on the big screen in the late 90s. She returned in 2000 with a supporting role in the romantic comedy "Enemies of Laughter," directed by John Travolta's older brother Joey. Henner then took 12 years away from film before appearing in the horror comedy "Vamps." Her other credits have included "Imperfections," "Life with Dog," and "The Mimic."

Beyond television and film, Henner hosts her own weekday morning radio show on which she features health experts and celebrity guests. She has also authored a number of books over the years, most of which focus on health and wellness via smart eating. Henner's titles include "The 30-Day Total Health Makeover"; "Healthy Life Kitchen"; "Healthy Holidays"; and "Wear Your Life Well: Use What You Have to Get What You Want."

In 1980, Henner married her first husband, actor Frederic Forrest. The pair co-starred together in the film "Hammett" in 1982, the same year they divorced. Henner later wed film and television director Robert Lieberman in 1990; they divorced in 2001. Five years after that, Henner married Michael Brown.

Notably, Henner has hyperthymesia, the rare condition of total recall memory. Due to this, she was recruited as a consultant on the CBS television series "Unforgettable," about a woman who has the same ability.