Born in Thunder Bay, Ontario, Canada, Marie Avgeropoulos grew up hunting and fishing, and attended college for Broadcast Journalism. After two years, she decided to take a break from school to backpack around Europe alone. After several months abroad, she returned to Canada and began to focus on a performance career in Vancouver. She booked her first role due to her drumming ability. Multiple commercials followed, and she subsequently caught the attention of director, Chris Columbus, who cast her in "I Love You, Beth Cooper". She moved to Los Angeles, California, and has since worked steadily, appearing in guest starring or co-starring roles in such film and television projects as, "Supernatural", "Harper's Island", "The Guard", "The Troop", "Percy Jackson & The Olympians: The Lightning Thief", "Fringe", "Eureka", "50/50", "Fugitive at 17", "The Inbetweeners", and "Cult". Her most notable role to date is as Octavia Blake on the series "The 100" which aired 100 episodes between 2014 and 2020. 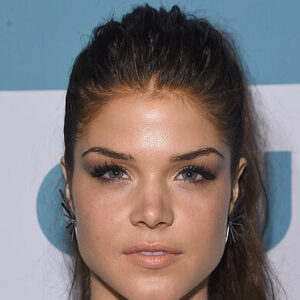