Marian Aguilera Net Worth: Marian Aguilera is a Spanish actress who has a net worth of $12 million. Marian Aguilera was born in Barcelona, Spain in March 1977. At 15 years old she carried the Olympic flame for the Barcelona Olympic Games in 1992. She made her acting debut in the TV series Cronica negra in 1989 and her film debut came in 1992's El largo invierno.

From 1999 to 2000 she starred as Rita in the television series Laberint d'ombres. From 1997 to 2000 Aguilera starred as Miriam in the TV series Al salir de clase. In 2011 she starred as Alicia Galvan in the series Esencia de poder. Marian starred in the TV series Codigo fuego as Sandra in 2003 and as Mar in El inquilino in 2004. From 2005 to 2010 she starred as Silvia Castro in the TV series Paco's Men. Aguilera starred as Susana Rota in the series Homicdios in 2011. She has also starred in the movies Tic Tac, La ciudad de los prodigios, Honolulu Baby, Tuno negro, You Shouldn't Be Here, The Reckoning, Tanger, Only Human, Las huellas que devuelve el mar, El prado de las estrellas, A Tram in SP, The Most Important Thing in Life Is Not Being Dead, and Our Last Weekend. Aguilera was nominated for a Fotogramas de Plata Award for Best TV Actress in 2010. 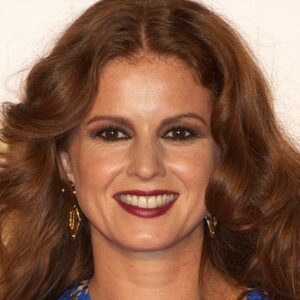