Maria Valverde Net Worth: Maria Valverde is a Spanish actress who has a net worth of $6 million. Maria Valverde was born in Madrid, Spain in March 1987. Her debut film role came in the 2003 movie The Weakness of the Bolshevik. At 16 years Maria won the Goya Award for Best New Actress.

In 2012 Valverde starred in the TV series La fuga as Anna Serra. She has starred in the movies Body Confusion, Vorvik, Melissa P., The Borgia, Thieves, El rey de la montana, The Sandman, The Anarchist's Wife, Cracks, Three Steps Above Heaven, Madrid, 1987, A puerta fria, I Want You, The Mule, and The Liberator. Her upcoming projects include Broken Horses, Exodus: Gods and Kings, La carga, and 400 Boys. Valverde won a Cinema Writers Circle Award for Best New Artist in 2004. In 2008 she won a Screamfest Festival Trophy for Best Actress and a Turia Award for Best Actress. Valverde also won a Fotogramas de Plata award in 2013 for being the most searched performer on the internet. Maria has been in a relationship with actor Mario Casas since 2009. 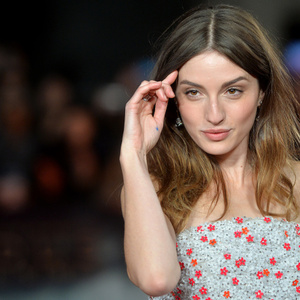