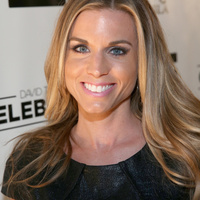 Maria Sansone net worth: Maria Sansone is an American television personality who has a net worth of $2 million. Maria Sansone was born in Erie, Pennsylvania in February 1981. He is the co-anchor of Good Day LA for KTTV Fox 11 in Los Angeles, California. Sansone worked as a field reporter for WNBC 4 New York. She has been featured on the TV series Access Hollywood and Extra and has contributed to the networks ABC, NBC, TV Guide Network, MTV, ESPN, NESN, Yahoo!, and CBS Sports. She was discovered at the age of 11 when she competed in a kids slam dunk contest and was called the Youngest Reporter in the History of Network Television when she covered the Little League World Series. This led Sansone to be a guest on the Tonight Show with Jay Leno in 1992.