Maria Flor Net Worth: Maria Flor is a Brazilian actress who has a net worth of $8 million. Maria Flor was born in Laranjeiras, Rio de Janeiro, Brazil in August 1983. Flor made her acting debut in the television series Young Hearts in 2003. In 2004 she starred in the movies Cazuza: Time Doesn't Stop Almost Brothers, and O Diabo a Quatro.

The same year she starred as Tina in the TV series Cabocia. From 2005 to 2006 she starred as Tais on the television series Belissima. In 2007 Flor starred as Nina Sullivan in the series Eterna Magia. She starred as Katia in the series Sound & Fury in 2009 and as Aline in the TV series Aline from 2008 to 2011. Flor has also starred in the movies Forbidden to Forbid, Right On, Chega de Saudade, Som e Furia: O Filme, The Wall Beloved One, A Suprema Felicidade, 360, Meus Dois Amores, and Xingu. Flor won a Golden India Catalina Award at the Cartagena Film Festival for Best Supporting Actress in 2009. She has also won a Coxipone Award for Best Actress at the 2005 Cuiaba Film and Video Festival and a Premio Qualidade award as Most Promising Television Actress in 2004. 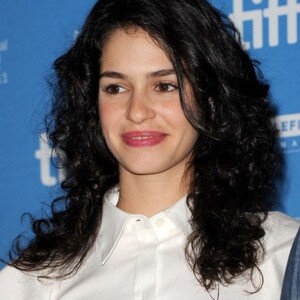