What Is María Conchita Alonso's Net Worth?

María Conchita Alonso is a Cuban-born, Venezuelan-raised singer, songwriter, actress, and producer who has a net worth of $8 million. María started her career in music as a singer in the Spanish-speaking market, and she received her first gold album and #1 song in 1979 with "Love Maniac." Alonso has earned three Grammy nominations for her music: Best Latin Pop Performance for 1984's "María Conchita" and 1987's "Otra Mentira Mas" and Best Latin Pop Album for 1992's "Imagíname."

María Conchita Alonso was born María Concepción Alonso Bustillo on June 29, 1957, in Cienfuegos, Cuba. She is the daughter of Conchita Bustillo and Ricardo Alonso, and she has two brothers, Ricardo and Robert. When María was 5 years old, her family left Cuba for Venezuela after the Cuban Revolution. In 1971, Alonso won the Miss Teenager World pageant, and she was crowned Miss World/Venezuela four years later. She also competed in the Miss World pageant and was the sixth runner-up. 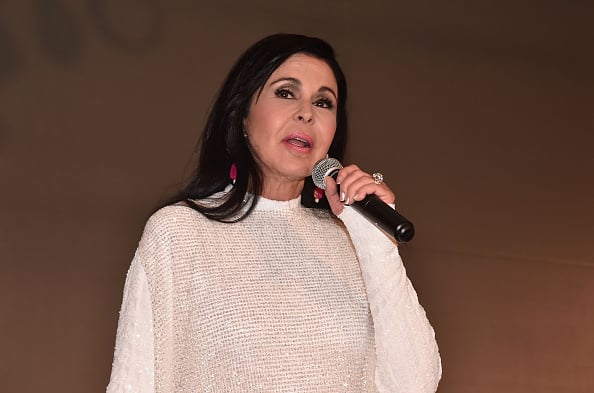 María became a U.S. citizen in 2005, and she endorsed Republican nominee John McCain in the 2008 presidential election. In 2014, she appeared in a campaign ad for Republican gubernatorial candidate Tim Donnelly, who is known for "strong views against illegal immigration," and the backlash that ensued resulted in Alonso dropping out of a Spanish-language production of "The Vagina Monologues" at San Francisco's Brava Theater Center. In the 2016 presidential election, she supported Libertarian candidate Gary Johnson.

María has been a vocal critic of Hugo Chávez and Fidel Castro, and in 2010, she published an open letter to Sean Penn in which she questioned his support of Chavez. In December 2011, the former "Colors" co-stars got into a "heated run-in" at Los Angeles International Airport that culminated with Penn calling Alonso a pig and María replying, "And you are a communist, Sean Penn!"

In 2014, the Venezuelan government announced that it was planning on asking a judge to revoke Alonso's Venezuelan citizenship after she said in an interview that the U.S. should "invade using bullets to get all those communists out of Venezuela." María has long been a supporter of LGBT rights, and she told the "Windy City Times" in 2004, "I was very much supported by the community when I first came out with my music—first in Venezuela and then worldwide. I guess because I'm a strong person, I don't care what others say. I do what I believe is right for me because I respect other's beliefs. [With] the kind of music that I perform, I did get a lot of respect and handholding from the community. It's just like Cher!"

Alonso has earned two ALMA Award nominations, winning Outstanding Actress in Made-for Television Movie or Mini-Series for "My Husband's Secret Life" in 1999. Her other nomination was for Outstanding Performance by an Individual or Act in a Variety/Music Series or Special for "A Capitol Fourth" (1998). In 1985, María won a Premios ACE for TV – Best Supporting Actress for "El esposo de Anaís," and in 1997, she was named Outstanding Performer of the Year at the Nosotros Golden Eagle Awards. In 1998, she was honored with the Prize of the City of Huelva at the Huelva Latin American Film Festival, and in 2006, she won the LA Femme Filmmaker Award – Pioneer Award at the LA Femme International Film Festival. Alonso received the Tree of Life Award at FICG in LA in 2017, and she has earned nominations from the NCLR Bravo Awards ("Latino Laugh Festival") and Film Independent Spirit Awards ("Caught"). 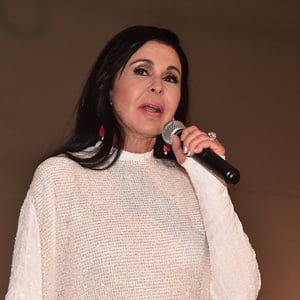