Maria Clara Alonso Net Worth: Maria Clara Alonso is an Argentine actress, singer, and television personality who has a net worth of $2 million. Maria Clara Alonso was born in Rosario, Argentina in February 1990. As a child she took lessons in acting, tap, and clown. She was chosen to participate in High School Musical: La Seleccion for the Disney Channel in Argentina.

After being eliminated in week 10 she later went on to tour with the group. She starred in the film High School Musical: El Desafio in 2008 and also did a Spanish-language voiceover for the movie Tinker Bell. She hosted the television program Zapping Zone from 2007 to 2011. In 2020 she starred as Clair in the Disney Channel Latin America's Highway: Rodando la aventura. Since 2012 she has starred as Angie Carrara in Disney Channel Latin America's series Violetta. Maria started studying Italian in 2013 with hopes to start working in Italy. She has also appeared in Disney Channel Games, Pecezuelos, Cuando toca la campana, Peter Punk, and Angie e le ricette di Violetta. 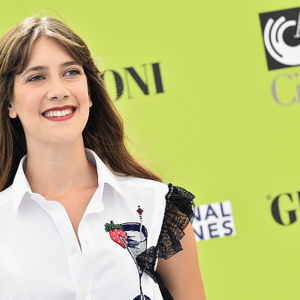