She first appeared in the TV series 21 Jump Street in 1990. From there she had recurring roles in the TV series Super Force and Key West. From 1997 to 1998 she starred as Carmen Cruz in The Tony Danza Show. Barrera had a recurring role in the series American Family in 2002. From 2000 to 2003 she did voice work for the series Static Shock. Maria voiced the role of Sunset Boulevardez on The Proud Family from 2001 to 2005. She also provided voices for Justice League from 2001 to 2006 and Danny Phantom from 2004 to 2006. One of her best known roles came as Theresa Russo on TV series Wizards of Waverly Place from 2007 to 2012. She has also starred in the movies My Family, America's Sweethearts, Bad Boy, The Master of Disguise, Imagining Argentina, Camp Rock, Wizards of Waverly Place: The Movie, Camp Rock 2: The Final Jam, and Larry Crowne. Barrera won ALMA Awards in 2002 and 2011 and an Imagen Award in 2010. 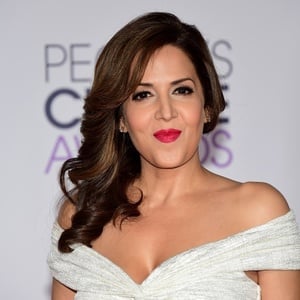