Marguerite Moreau Net Worth: Marguerite Moreau is an American actress who has a net worth of $500 thousand. Marguerite Moreau was born in Riverside, California in April 1977. Her first role came in the TV series The Wonder Years in 1991. In 1992 she made her film debut starring as Connie in the movie The Mighty Ducks.

She reprised the role of Connie Moreau in D2: The Mighty Ducks in 1994 and D3: The Mighty Ducks in 1996. In 1995 she had a recurring role as Jenny Miler in the TV series Amazing Grace. From 2004 to 2005 Moreau starred as Monica Young in the series Life As We Know It. She starred as Suzanne in the 2006 series What About Brian. She starred as Linda in the TV series Shameless from 2011 to 2012 and as Dr. Emma Marling in Grey's Anatomy from 2013 to 2014. Moreau has starred in the movies Free Willy2: The Adventure Home, Wag the Dog, Mighty Joe Young, Wet Hot American Summer, Queen of the Damned, Runaway Jury, The Uninvited, Beverly Hills Chihuahua, Ingenious, and Caroline and Jackie. Marguerite was nominated for a Young Artist Award in 1993 and won a Character and Morality in Entertainment Award in 2003. 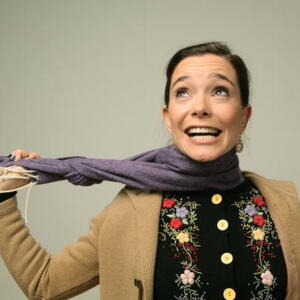