What was Margot Kidder's Net Worth?

Margot Kidder was a Canadian-American actress who had a net worth of $300 thousand at the time of her death in 2018. Margot Kidder was best known for playing Lois Lane in the first four "Superman" films opposite Christopher Reeve. Her other notable film credits include "Sisters," "Black Christmas," "The Great Waldo Pepper," and "The Amityville Horror." After going through a publicized nervous breakdown in the 90s, Kidder returned to acting with guest roles on such television series as "Smallville" and "The L Word."

Later in life, Margot drew more attention to herself when her (later diagnosed) illness of a bipolar condition sent her on a downhill spiral. In April, 1996 she disappeared for a time and began living on the street. She was found in a back yard by a homeowner and taken by Los Angeles police to Olive View Medical Center in a distressed state. The caps on her teeth had even fallen out (or were possibly taken out to disguise herself, as proposed by media at the time). She was later placed in psychiatric care. In 2007, Kidder said she had not had a manic episode in 11 years. She had been diagnosed with bipolar disorder early in her life.

Margot Kidder was born on October 17, 1948 in Yellowknife, Northwest Territories, Canada to history teacher Jill and explosives engineer Kendall. Her mother was Canadian, while her father was American; she had a sister named Annie and three brothers named John, Michael, and Peter. Kidder developed an interest in both show business and politics from an early age. She also struggled early on with her mental health, only later learning she had undiagnosed bipolar disorder. Kidder went to a number of schools throughout her youth due to her family's many moves around the country; she ultimately graduated from Havergal College in 1966. That year, Kidder had an illegal abortion after becoming pregnant by her boyfriend. For her higher education, she attended the University of British Columbia for a year before dropping out.

In 1968, Kidder made her film debut in "The Best Damn Fiddler from Calabogie to Kaladar," which was produced by the Canadian participatory film and video project Challenge for Change. Following this, she appeared in the comedy "Gaily, Gaily." Kidder next starred opposite Gene Wilder in the 1970 comedy "Quackser Fortune Has a Cousin in the Bronx." She returned to the big screen in 1973 to star in Brian De Palma's acclaimed psychological horror film "Sisters," in which she played conjoined twins. The year after that, Kidder was in three films: the drama "A Quiet Day in Belfast," the crime comedy "The Gravy Train," and the slasher film "Black Christmas." She was in three more films in 1975: the dramas "The Great Waldo Pepper" and "92 in the Shade" and the psychological horror film "The Reincarnation of Peter Proud."

In 1978, after appearing in the Western "Shoot the Sun Down," Kidder starred in the film that would launch her to superstardom: Richard Donner's blockbuster superhero film "Superman: The Movie." She played Lois Lane, the love interest of Christopher Reeve's titular Man of Steel. Becoming one of the biggest box-office successes of the year, the film spawned the sequels "Superman II," "Superman III," and "Superman IV: The Quest for Peace," in all of which Kidder reprised her role as Lois Lane. 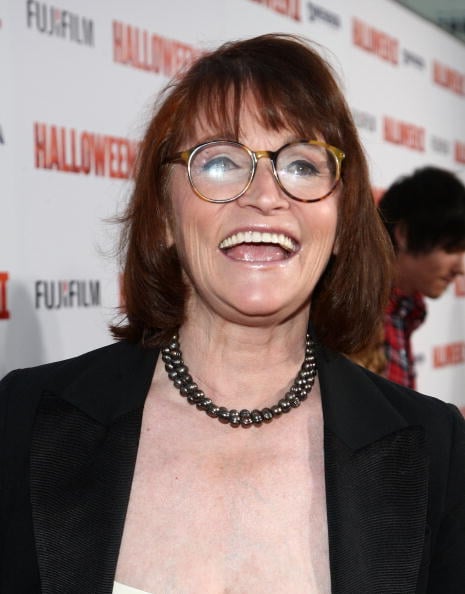 After her huge success with "Superman: The Movie," Kidder starred in another commercial hit, the supernatural horror film "The Amityville Horror." Following this, in the early 80s, she starred in "Willie & Phil," "Heartaches," "Some Kind of Hero," and "Trenchcoat." Kidder's credits during the remainder of the decade included the action drama "Little Treasure" and the comedy "Mob Story." Kidder worked less frequently in the early 90s due to her mental health struggles. She returned in 1996 to star in the dramedy "Never Met Picasso." After that, she starred in the slasher film "The Clown at Midnight" and the romantic drama "The Annihilation of Fish."

On the small screen, Kidder appeared early on in her career in episodes of "Wojeck," "Adventures in Rainbow Country," "McQueen," "Corwin," and "The Mod Squad." In the early 70s, she had a recurring role on the Western series "Nichols," and also made appearances on such series as "Banacek," "Harry O," and "Barnaby Jones." Kidder mostly appeared in television films in the 80s, with credits including "Pygmalion," "Louisiana," "The Glitter Dome," and "Body of Evidence." She had further television film credits in the early 90s with "White Room" and "To Catch a Killer." Also in the 90s, Kidder lent her voice to the animated series "Captain Planet and the Planeteers" and "Phantom 2040."

Beginning the new millennium, Kidder was in episodes of "Amazon" and "The Outer Limits." She subsequently appeared on "Law & Order: Special Victims Unit," "Mentors," and "Earth: Final Conflict." In 2004, Kidder played the guest role of Bridgette Crosby on the superhero series "Smallville," and played Edith Taymore in the hockey television film "Chicks with Sticks." Her credits after that included the series "Robson Arms," "The L Word," and "Brothers & Sisters." Kidder made her final television appearance in 2014 on the anthology series "R.L. Stine's The Haunting Hour," for which she won a Daytime Emmy Award for Outstanding Performer in Children's Programming.

A passionate supporter of American democracy and liberal causes, Kidder was heavily involved in activism during her life. In 2009, she served as the Montana State Coordinator for Progressive Democrats of America. Additionally, Kidder was significantly involved in environmental and LGBTQ activism.

In late 1990, Kidder was severely injured in a car accident on the set of the television show "Nancy Drew and Daughter," leaving her partially paralyzed. Unable to work for the next two years, she went into debt and experienced worsening mental health, exacerbated by her bipolar disorder. In the spring of 1996, she had an intensely publicized nervous breakdown in Los Angeles, during which time someone tried to rape her. Kidder was soon put in psychiatric care and received treatment through orthomolecular medicine.

Kidder married her first husband, writer Thomas McGuane, in 1976; they met when he directed her in the film "92 in the Shade," based on his own novel. The couple had a daughter named Maggie before they wed. Kidder and McGuane eventually divorced in 1977. Two years after that, Kidder married actor John Heard, from whom she separated only six days into the marriage. The pair got divorced in late 1980. Kidder was married to her third and final husband, French film director Philippe de Broca, from 1983 until their divorce in 1984.

Kidder passed away in her home in Livingston, Montana in the spring of 2018 at the age of 69. Her death was later ruled a suicide by an overdose of alcohol and drugs. 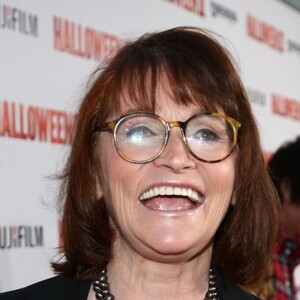