She graduated from New York University and worked as a fashion buyer. She then studied at the Meisner Training Program. Her first appearance came in the 2004 short Billy's Choice. In 2006 she starred as Marcy Collins in the TV series Vanished. From 2010 to 2011 Levieva starred as Julie in the series How to Make It in America. One of her best known roles was as Amanda Clarke on the ABC series Revenge from 2011 to 2013. Margarita has starred in the films English, David's Apartment, The Invisible, Noise, Spread, Adventureland, The Stand Up, The Lincoln Lawyer, For Ellen, and Knights of Badassdom. She was nominated for a Gotham Award for Best Ensemble Cast in 2009. She has also appeared in episodes of Law & Order: Trial by Jury, Kings, and The Blacklist and the TV movies N.Y.-70, The Prince, and What's Not to Love?. Her upcoming projects include The Loft and The Diary of a Teenage Girl. 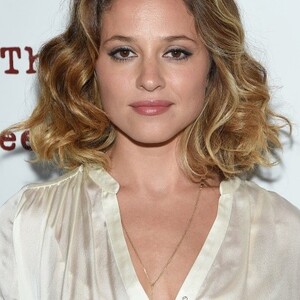