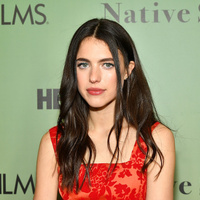 Margaret Qualley net worth: Margaret Qualley is an American actress and dancer who has a net worth of $3 million. Margaret Qualley was born in Kalispell, Montana in October 1994. She is a trained ballerina and her mother is Andie MacDowell. Margaret Qualley starred as Jill Garvey on the television series The Leftovers from 2014 to 2017. In 2019 she starred as Ann Reinking on the TV mini-series Fosse/Verdon. Qualley has appeared in films including Palo Alto, The Nice Guys, Novitiate, The Vanishing of Sidney Hall, Death Note, Donnybrook, IO, Native Son, Adam, Once Upon a Time in Hollywood, Strange but True, and Seberg. In 2019 she was nominated for a Primetime Emmy Award for Outstanding Supporting Actress in a Limited Series or Movie for Fosse/Verdon. Margaret Qualley played Mama in the PlayStation 4 game Death Stranding. In 2018 she appeared in the television special Asesinato en el Hormiguero Express. She has also pursued modeling.