Margaret O'Brien net worth: Margaret O'Brien is an American actress who has a net worth of $10 million. Margaret O'Brien was born in San Diego, California in January 1937. She has acted on stage, radio, film, and television and was a star child actress for Metro-Goldwyn-Mayer by four years old. O'Brien starred in the films Babes on Broadway, Journey for Margaret, Dr. Gillespie's Criminal Case, Madame Curie, Lost Angel, Jane Eyre, The Canterville Ghost, Meet Me in St.

Louis, Music for Millions, Our Vines Have Tender Grapes, Bad Bascomb, Three Wise Fools, The Unfinished Dance, Big City, Tenth Avenue Angel, Little Women, The Secret Garden, Glory, Heller in Pink Tights, Annabelle Lee, and The Mystery of Natalie Wood among others. O'Brien was awarded two stars on the Hollywood Walk of Fame in 1960 for Motion Picture at 6606 Hollywood Blvd. and for Television at 1634 Vine Street. In 1945 she won an Academy Award Juvenile Award for Meet Me in St. Louis and in 1990 she won a Young Artist Awards Former Child Star Lifetime Achievement Award. 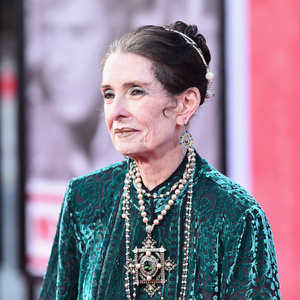