What is Marg Helgenberger's net worth and salary?

Marg Helgenberger is an American actress who has a net worth of $35 million dollars. She is probably most-famous for her role as Catherine Willows on "CSI: Crime Scene Investigation." She starred in 264 episodes of the series between 2000 and 2012, then again in 2013 and 2015.

Marg Helgenberger was born in Fremont, Nebraska in November 1958 to Mary Kate and High Helgenberger and was raised in North Bend, Nebraska. Marg has an older sister, Ann, and a younger brother, Curt. She graduated from North Bend Center High School where she played the French horn in the marching band. Marg wanted to be a nurse like her mother, but instead chose to pursue a degree in speech and drama at Northwestern University in Evanston, IL.

She started off as a nightly weather person under the name Margi McCarty in Kearney, Nebraska at the local ABC affiliate during college. She performed in campus productions and was seen by a TV scout during a campus production of Shakespeare's "Taming of the Shrew."

The talent scout gave her the lead role of amateur cop Siobhan Ryan in ABC soap opera Ryan's Hope playing a cop from 1982 to 1986. She left the role in January 1986, after playing it for four years. She played roles on Spenser: For Hire, Matlock, Shell Game, and thirtysomething. From 1988 to 1991 Marg played a prostitute on the ABC series China Beach. For that role, she won her first Emmy Award in 1990 for Outstanding Supporting Actress in a Drama Series.

Marg appeared in her first feature film with a leading role in 1989's "After Midnight." Her second film was in Steven Speilberg's "Always," alongside Richard Dreyfuss, John Goodman, and Holly Hunter. In 1994, she played Woody Harrelson's love interest in "The Cowboy Way," and that same year she had a role in Michael Bay's "Bad Boys." In 1995, Helgenberger played Dr. Laura Baker in the science fiction thriller "Species." She reprised her role in the sequel "Species" in 1998. She returned to TV with roles in "Not on the Frontline," "I'll Be Waiting," "ER," "Gold Coast," "Happy Face Murders," and the miniseries "Thanks of a Grateful Nation." In 1997, she starred alongside Steven Seagal in "Fire Down Below." In 2000, Marg had a guest role in "Frasier."

Marg is perhaps best known for her role as former showgirl turned blood spatter analyst Catherine Willows on the CBS drama CSI: Crime Scene Investigation, which won her two Emmy Awards and two Golden Globe nods. Helgenberger threw herself into the role by learning as much as she could about her character's job, visiting the County Coroner's office to view autopsies in progress. She also has won People's Choice Awards for her work on CSI, earning Favorite Female TV Star and Outstanding Performance by an Ensemble in a Drama Series in 2005. That same year the CSI cast won the same award from the Screen Actors Guild. While on CSI, Marg appeared in the movie "Erin Brockovich," and she also portrayed Patsy Ramsey in "Perfect Murder, Perfect Town," a miniseries about the murder of JonBenet Ramsey. In 2004, she starred in the romantic dramedy "In Good Company." She appeared in "Mr. Brooks" alongside Kevin Costner in 2007 and in 2008 was chosen as an endorser of the Got Milk? campaign.

At her peak Helgenberger was among primetime's top-earning women thanks to CSI. She appeared in the first 12 episodes of season 12 of "CSI" and left the show on January 25, 2012. She briefly returned to "CSI" for its 300th episode and joined the cast of "Under the Dome" in February 2015. 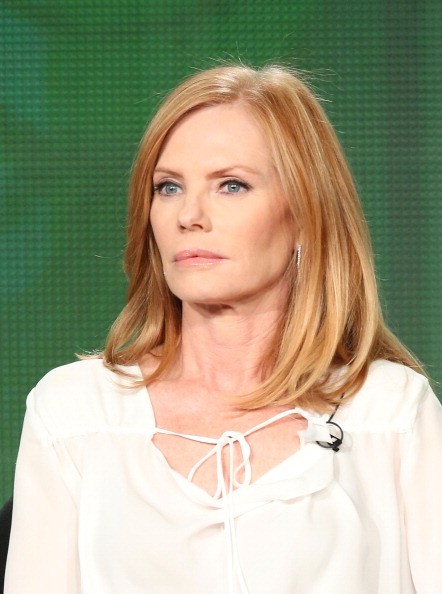 Marg's hometown of North Bend, Nebraska renamed the street that her childhood home was on, changing the name to "Helgenberger Avenue" in her honor.

For her television work, she received a star on the Hollywood Walk of Fame in January 2012.

What was Marg Helgenberger's salary per episode? $390,000. That worked out to around $9 million per season.

In 2019, Marg both bought and sold homes. She sold a longtime personal residence in Brentwood, Los Angeles for $8 million. Not long after, she bought a new nearby home for $4.6 million.

Helgenberger met Alan Rosenberg in 1984 when he was a guest actor on "Ryan's Hope." They became fast friends but waited two years before they dated. The pair got married in 1989. They share one son, Hugh Howard Rosenberg, born in 1990. They announced their separation in December 2008 and in March 2009, Marg filed for divorce. Alan and Marg's divorce was finalized in February 2010. She was linked briefly in 2010 to Alan Finkelstein.

She is involved in several breast-cancer related charities, as a result of her mother's nearly three-decade battle with breast cancer. Together with Alan, they still run a benefit annually in Omaha, Nebraska called "Marg and Alan's Celebrity Weekend." They have run the event together since 1999. 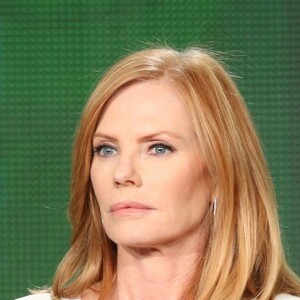