She started off as a singer-songwriter and sang a Beatles song on The Gong Show. Her debut studio album What Might Be was released in 1992 and she has released three more albums including 2014's What's Left Behind. Her debut role came in the 1976 TV movie Young Pioneers. Mare has had recurring roles on the television series Mad About You, ER, The Brotherhood of Poland, New Hampshire, Clubhouse, Grey's Anatomy, Boston Legal, 24, Mildred Place, Torchwood, Hatfield's & McCoy's, and Under the Dome. Winningham won an Emmy Award for Outstanding Supporting Actress in a Miniseries or Move for 1980's Amber Waves. She was nominated for Best Supporting Actress at the Academy Awards for the 1995 movie Georgia. Mare won her second Emmy for the TV movie George Wallace in 1997. She also starred in the movies St. Elmo's Fire, Miracle Mile, Turner& Hooch, The War, Dandelion, Swing Vote, and Brothers. She has been nominated for a Drama Desk Award for her Off-Broadway role in 10 Million Miles. She starred on Broadway in Picnic in 2013 and was nominated for a Tony in 2014 for Casa Valentina. 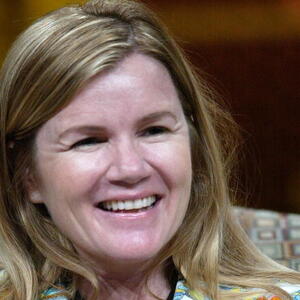