Marcus Samuelsson net worth: Marcus Samuelsson is an Ethiopian-Swedish chef and restaurateur who has a net worth of $5 million. Marcus Samuelsson was born in Ethiopia in January 1970. He gained an interest in cooking through his grandmother in Sweden and studied at the Culinary Institute in Gothenburg. He had apprenticeships in Switzerland and Austria and moved to the United States in 1991 as an apprentice at Restaurant Aquavit.

At 24 years old he became executive chef of Aquavit and became the youngest chef to ever receive a three star review from The New York Times. He was named Best Chef: New York City in 2003 by the James Beard Foundation. That year he also started the restaurant Riingo in New York. Samuelsson has authored the cookbooks New American Table, Marcus Off Duty, and The Soul of a New Cuisine. He authored the memoir Yes, Chef in 2012 and Make it Messy: My Perfectly Imperfect Life in 2015. 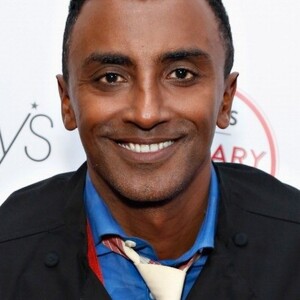