Marcia Wallace net worth: Marcia Wallace was an American actress, voice over artist, comedian, and television personality who had a net worth of $20 million dollars. Marcia Wallace was born in Creston, Iowa, and went on to graduate from Parsons College with degrees in English and Theater. While in college, she performed in various musicals, and immediately moved to New York City after graduating in order to pursue an acting career full-time.

She began to make a name for herself performing improv in Greenwich Village, and she subsequently formed a group called, The Fourth Wall. From there, she began working Off-Broadway, and then made the move to television. She began to make a name for herself appearing on "The Merv Griffin Show". She went on to appear in roles in such projects as "Bewitched", "The Brady Bunch", "The Bob Newhart Show", "Magnum, P.I.", "Murder, She Wrote", "Teen Witch", "A Different World", "Full House", "Murphy Brown", "That's My Bush", "7th Heaven", and "The Young and the Restless". She was also the voice of Edna Krabapple on "The Simpsons" from 1990 to 2013. She passed away in October of 2013. 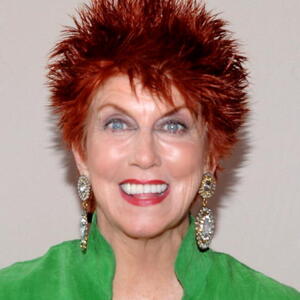