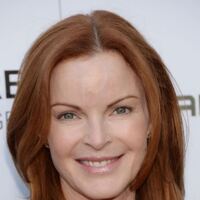 What is Marcia Cross's Net Worth and Salary?

Marcia Cross is an American actress who has a net worth of $30 million dollars. Marcia Cross is best known for her early role as Dr. Kimberly Shaw on the Fox nighttime soap opera "Melrose Place" (1992-97) and her role as Bree Van de Kamp on the ABC comedy/drama series "Desperate Housewives" (2004-2012).

How much did Marcia Cross make per episode of Desperate Housewives? $375,000

Marcia Cross was born on March 25, 1962 in Marlborough, Massachusetts. Her mother, Janet, was a teacher and her father, Mark, was a personal manager. She was one of three daughters, with her sisters being Susan and Ellen. Her parents raised the girls in a Catholic home and were of Irish and English descent.

From a young age, Cross was interested in the arts and performing. As an extracurricular, she enrolled in the Ceil Sharon School of Dance where she took dance lessons. She also learned how to play the piano.

Cross attended Marlborough High School, where she was involved with school activities, even becoming the high school mascot at football games, the panther. She had a part-time job at Dunkin Donuts to earn extra money and also got involved with the drama department at school. A high school trip to New York City to see theater productions and experience city life helped inspire Cross to pursue acting as a career. She was accepted into a summer drama program at Tufts University and starred in a number of school productions, including "The Witch of Blackbird Pond."

Cross was so motivated to pursue acting that she completed her high school studies by December of her senior year, allowing her to audition for various college theater programs. She auditioned for and received a half scholarship to attended the prestigious Juilliard School. She obtained her Bachelor of Fine Arts degree in Acting in 1984.

Following her graduation, Cross landed a role on the soap opera "The Edge of Night" in 1984, playing the recurring character Liz Correll. She moved from New York to Los Angeles during this time to continue auditioning for other roles and soon was offered a role in the television film "The Last Days of Frank and Jesse James," also starring Johnny Cash and Kris Kristofferson.

In 1986, she began appearing on another daytime soap opera, ABC's popular "One Life to Life" where she played the character Kate Sanders for a year. She also continued to land guest appearance roles on primetime shows like "Knots Landing," "Who's the Boss?" and "Cheers."

Cross steadily booked more and more primetime work and was cast on the Fox primetime show "Melrose Place" in 1992 as Dr. Kimberly Shaw where she stayed through the fifth season. She booked a few film roles in movies like "Bad Influence," "Just Peck," and "Always Say Goodbye" but primarily experienced success through her television bookings. She appeared both in comedic sitcoms like "Boy Meets World," "Seinfeld," and "The King of Queens," as well as dramatic programs like "CSI," "Profiler," and "Touched by an Angel." 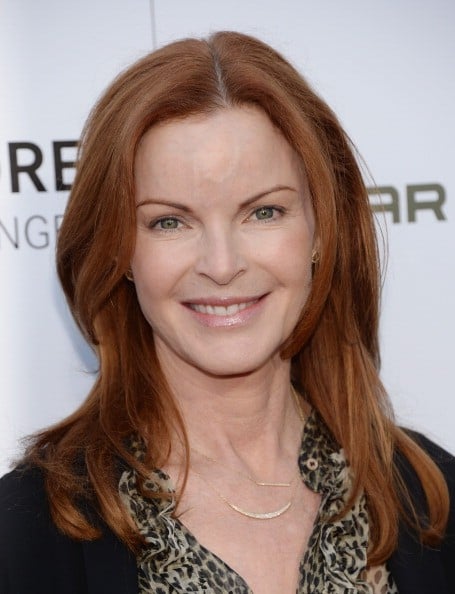 In 2004, she experienced a new height of success by booking the starring role of Bree Van de Kamp in the prime show "Desperate Housewives." She played opposite Teri Hatcher, Felicity Huffman, and Eva Longoria. The show was immediately popular within its first season, both by critics and viewers. The show is credited with helping the ABC Network turn around its declining ratings and falling viewership. The show ran for eight seasons total and concluded in 2012. During its run, it was nominated for multiple Emmy Awards, Golden Globe Awards, and Screen Actors Guild Awards. Cross herself received a number of personal nominations for her role as Van de Kamp and won a Satellite Award for her performance in the second season of the show.

Following the conclusion of "Desperate Housewives," Cross took on a number of other roles, including the mother in the ultimately unsuccessful Fox show, "Fatrick" and a guest spot on "Law & Order: Special Victims Unit." She also joined the cast for a recurring role as President Claire Haas on the ABC thriller "Quantico."

Cross was in a long-term relationship with actor Richard Jordan from 1985 until 1993. The actor was 25 years older than Cross and was diagnosed with brain cancer in 1993 and ultimately passed away from a brain tumor the same year. Cross remained single for several years and then began dating stockbroker Tom Mahoney in the 2000s. The couple got married in 2006 when Cross was 44. She soon after began the process of in-vitro fertilization and became pregnant with twins. She gave birth to the couple's fraternal twin daughters, Eden and Savannah, in February of 2007 just before she turned 45.