Manuel Ferrara net worth and salary: Manuel Ferrara is a French adult film actor and director who has a net worth of $4 million. Manuel Ferrara was born in Le Raincy, France in November 1975. He holds the record for winning the AVN Award for Male Performer of the Year five times.

Ferrara is also a member of both the AVN and XRCO Halls of Fame. He shot his first hardcore scene while studying in college. Ferrara has more than 1,200 acting credits to his name since 2001. He was married to adult actress Dana Vespoli from 2005 to 2012. They have three sons together. He then married fellow adult actress Kayden Kross in 2012. They have one daughter together. Ferrara has won nearly 40 awards and been nominated for more than 100. He has directed for Platinum X Pictures and Red Light Video District. Ferrara appeared in the film Snoop Dogg's Hustlaz: Diary of a Pimp in 2002. In 2010 he appeared in an episode of the TV series Manswers. 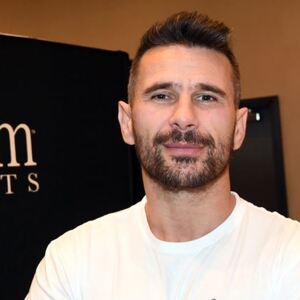