Manny Perez net worth: Manny Perez is a Dominican American actor who has a net worth of $8 million. Manny Perez was born in Baitoa, Santiago, Dominican Republic in May 1969. Manny is the cousin of author Junot Diaz. Perez moved to New York after high school and graduated from Marymount Manhattan College.

He studied at Ensemble Studio Theatre and preformed with the LABryinth Theatre Company. He made his on screen debut in the movie New York Cop in 1993. From 2001 to 2002 he starred as Ramon Rodriquez in the television series 100 Centre Street. In 2005 Perez starred as Officer Manny Santiago in the TV series Third Watch. He had recurring roles in the TV series Rescue Me from 2006 to 2007 and Homeland in 2013. He has also starred in the movies Courage Under Fire, Bullet, Sleeping Together, Chick Flick, Dinner Rush, Brother, Russo, King Rikki, Washington Heights, Party Monster, The Breakup Artist, Bella, Yellow, Where God Left His Shoes, Rockaway, Illegal Tender, Pride and Glory, Last Call, Nothing Like the Holidays, A Kiss of Chaos, The Ministers, Forged, Greencard Warriors, and Love Is Strange. Perez won Best Actor at the 2002 Milano International Film Festival. 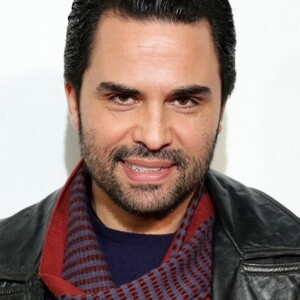