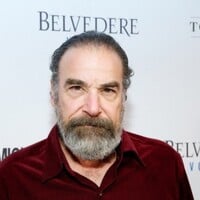 What is Mandy Patinkin's Net Worth and Salary?

Mandy Patinkin is an award-winning actor who has a net worth of $12 million. He is known for a number of high-profile film roles and for his lengthy career as a stage actor, especially in the realm of musical theater.

Although Mandy Patinkin's per-episode fee for "Homeland" fluctuated over time, he was eventually earning a peak salary of $125,000 per episode. That's roughly $1.5 million per season.

Mandel Bruce Patinkin was born on November 30th of 1952 in Chicago, Illinois. His father owned two large metal factories in Chicago. Raised in an upper-class Jewish household, Mandel attended religious schools, sang in synagogue choirs, and went to Jewish summer camps. After graduating from high school in 1970, Patinkin attended the University of Kansas. He later transferred to the famed Juilliard School, one of the world's most distinguished conservatories for the performing arts. While at the Juilliard School, Mandel studied alongside Kelsey Grammer.

Mandy Patinkin started his acting career in musical theater, landing the role of Che in the 1979 Broadway production of "Evita." In 1980, he won a Tony Award for his performance. After this initial success, Patinkin shifted his attention towards film, landing roles in movies such as "Yentl" and "Ragtime." He then shifted his attention back towards theater in 1984 when he starred in the award-winning musical "Sunday in the Park with George."

In 1987, Mandy played one of his most notable roles in the film "The Princess Bride" as Inigo Montoya. This prominent role led to further appearances in movies like "Dick Tracy" and "Alien Nation." By the 90s, Patinkin had returned to Broadway once again with roles in plays like "The Secret Garden." He followed up with two solo musical albums.

In 1994, Mandy appeared on the television film "Chicago Hope," winning an Emmy Award for his performance. He could have continued to play the recurring role of Dr. Jeffrey Geiger, but the busy shooting schedule was affecting Patinkin's family life, so he quit. He made one more brief appearance on the show in 1999 before its cancellation in 2000. A number of film roles soon followed, and Mandy continued to pursue a music career with various album releases.

In 1998, he produced a musical called "Mamaloshen," which features only songs in the Yiddish language. In 1999, Patinkin booked a role as an antagonist in the Sesame Street movie "The Adventures of Elmo in Grouchland." By the year 2000, he had returned to the stage once more with a Broadway production of "The Wild Party." Towards the mid-2000s, Mandy appeared in the comedy-drama series "Dead Like Me."

Although he joined the cast of "Criminal Minds" in 2005, Mandy would later call it one of the biggest mistakes of his career. He played the role of Jason Gideon and lasted about two seasons before leaving. He cited creative differences as the reason for his departure, later explaining that he hated TV series with excessive violence. Towards the end of the 2000s, he had a guest-starring role on "Three Rivers."

In 2010, Patinkin performed a concert alongside Patti LuPone before joining the series "Homeland" in 2011. He played a counterterrorism operative named Saul Berenson, and he was nominated for multiple awards as a result of his performance. The series eventually concluded in 2020.

In 1980, Mandy Patinkin married actress Kathryn Grody. They have two sons together.

Mandy Patinkin has struggled with a degenerative eye condition throughout the years. The condition improved after he received two corneal implants during the 90s. In 2004, he also received treatment for prostate cancer.

For nearly 30 years up until 2006, Mandy and his wife lived in a rented apartment in New York's Upper West Side. They first started renting the apartment in 1978 for $600 per month. In the late 1980s they rented the two-bedroom apartment next-door and paid to have the adjoining wall knocked down to create a combined 2,400 square-foot apartment which ultimately rose to around $3,000 per month for rent. In 2006 they paid $1.7 million for an apartment in the same neighborhood after they lost their rent-controlled rate.

The Patinkins also own a 15-acre estate in Ulster County, New York.