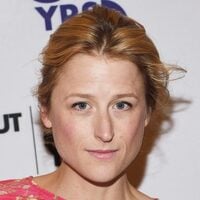 Mamie Gummer net worth and salary: Mamie Gummer is an American actress who has a net worth of $10 million. Mamie Gummer has earned her net worth from her successful acting career that started in the 1986 movie Heartburn when she was only three years old. She was born on August 3, 1983 her mother is actress Meryl Streep and her father Don Gummer is a sculptor. Mamie and her older brother and two younger sisters grew up in Los Angeles, California and Salisbury, Connecticut. She was educated at Miss Porter's School and later graduated from Kent School which is located in Kent, CT. Mamie graduated in theatre and communications at Northwestern University in 2005. Later that same year she made her off-Broadway debut in the premiere of Noah Haidle's Mr. Marmalade. She starred alongside Michael C. Hall and she won a Theatre World Award. In her first role as an adult Gummer starred in the 2006 film The Hoax, in 2007 she starred in the film Evening along with her mother. In 2019 Mamie earned praise for her role on the third season of HBO's True Detective.