Malvino Salvador Net Worth: Malvino Salvador is a Brazilian actor who has a net worth of $15 million. Malvino Salvador was born in Manaus, Amazonas, Brazil in January 1976. At 25 he moved to Sao Paulo to start his career as a model. In 2004 he made his soap opera debut playing Tobias de Oliveira Pinto on the TV series Cabocla.

He played chef Vitoria Santini in Alma Gemea in 2005. In 2006 he starred as Camilo de Oliveira in O Profeta. Salvador starred as Regis Florentino in Sete Pecados in 2007. In 2008 he starred in A Favorita as Damiao Salvador. He starred as Gabriel Batista da Silva in 2009's Caras & Bocas and also starred in 2011's Fina Estampa. He appeared as Rodrigo Ramirez in 2012's Guerra dos Sexos and starred as Bruno dos Santos Araujo in 2013's Amor a Vida. Salvador has also starred in the films Night of Joy, The Sign of the City, and Quaiquer Gato Vira-Lata. Malvino is in a relationship with jiu-jitsu world champion and UFC commentator Kyra Gracie Guimaraes and has one child. 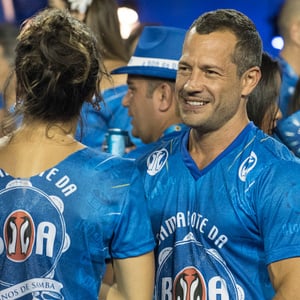