Mallika Sherawat net worth and salary: Mallika Sherawat is an Indian actress and model who has a net worth of $20 million. Born in Moth, Hisar District, Haryana, India on October 24, 1976, Sherawat is best known for her her appearances in Khwahish and Murder. She is seen as one of India's greatest media sex symbols and has been active in the entertainment industry since 2002. She was born as Reem Lamba and is often seen as one of few Bollywood stars attempting to transition over to Hollywood. She attended Delhi Public School, Mathura Road and received her degree in philosophy from Miranda House at Delhi University. She made her onscreen debut in television commercials for BPL and Santro as well as a music video for Surjit Bindrakhia's "Lak Tunoo." Her most recent film includes Dirty Politics, which was being filmed in 2013. Mallika Sherawat is also notable for being a staunch feminist. In November 2016, Mallika was attacked in Paris. Three masked men allegedly sprayed Mallika and her boyfriend with tear gas, then assaulted them physically. 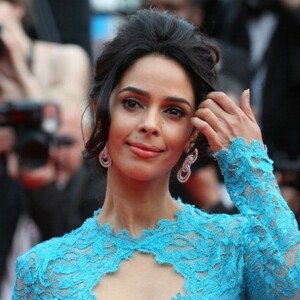