What is Malcolm McDowell's Net Worth?

Malcolm McDowell is an English actor, best known for his roles in such films as "A Clockwork Orange," "O Lucky Man!," and "Caligula." Malcolm McDowell has a net worth of $40 million. His later film credits include "Easy A," "Bombshell," and the 2007 "Halloween" remake. On television, McDowell has had notable roles on "Entourage," "Heroes," and "Mozart in the Jungle."

Malcolm McDowell was born in 1943 in the Horsforth suburb of Leeds, England, and was brought up in Liverpool. His mother Edna was a hotelier, while his father Charles was a RAF officer. He has two siblings: an older sister named Gloria and a younger sister named Judy. As a teen, McDowell worked in a Planters nut factory, and also helped out at his father's pub in Burscough, Lancashire. He started taking acting classes around this time, and later moved to London to train at the London Academy of Music and Dramatic Art. Early on, McDowell worked as an extra with the Royal Shakespeare Company.

In 1968, McDowell made his feature film debut in Lindsay Anderson's "If….," starring as boarding school rebel Mick Travis. A landmark of countercultural cinema, the BFI has named "If…." the 12th greatest British film of the 20th century. Following this, McDowell starred in Joseph Losey's "Figures in a Landscape" and Bryan Forbes' romantic drama "The Raging Moon." In 1971, the actor landed his most famous role in Stanley Kubrick's "A Clockwork Orange," adapted from Anthony Burgess' dystopian novel. For his performance as the sadistic criminal Alex DeLarge, McDowell earned Best Actor nominations from the Golden Globe, National Society of Film Critics, and New York Film Critics Circle Awards. After this success, he reunited with director Lindsay Anderson for 1973's "O Lucky Man!," which was inspired by McDowell's experiences as a coffee salesman. Subsequent credits include "Royal Flash" and the war dramas "Aces High" and "Voyage of the Damned." 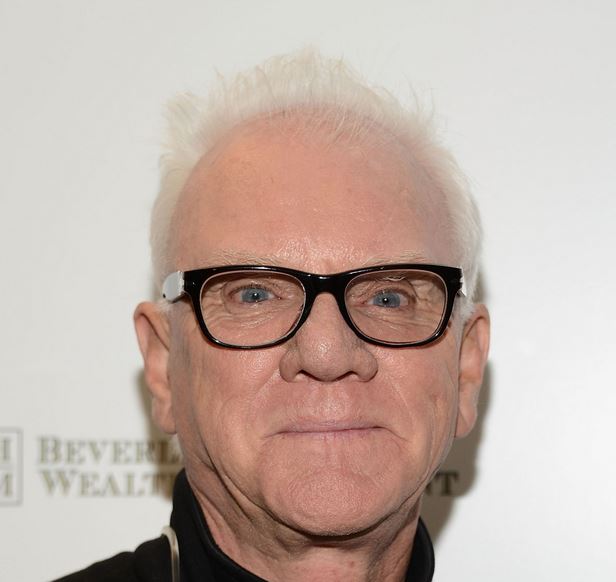 In the early 90s, McDowell was in such films as "Moon 44," "Disturbed," "Schweitzer," "The Assassin of the Tsar," "Night Train to Venice," and "Bopha!" One of his most notable parts was in 1994's "Star Trek Generations," in which he plays mad scientist Dr. Tolian Soran, known by "Star Trek" fans as the man who killed Captain Kirk. The following year, McDowell played another villain in the comic book adaptation "Tank Girl." Among his other credits in the 90s are "Fist of the North Star," "Kids of the Round Table," "Asylum," "Hugo Pool," "Love Lies Bleeding," and "My Life So Far."

McDowell kicked off the 2000s with a small but memorable part as a psychopathic gangster in the crime film "Gangster No. 1." He followed this with "Just Visiting," "I Spy," "I'll Sleep When I'm Dead," and Robert Altman's "The Company." In 2004, McDowell was in "Pact with the Devil," "Evilenko," and "Bobby Jones: A Stroke of Genius." Later in the decade, he appeared in such films as "The List" and "Doomsday," and played Dr. Samuel Loomis in Rob Zombie's "Halloween" and "Halloween II." McDowell continued to be prolific on the big screen throughout the 2010s; among his notable credits are the romantic comedy "Easy A," the Oscar-winning dramedy "The Artist," the slasher film "Silent Night," the psychological thriller "The Employer," and the drama "Bombshell," in which he portrayed billionaire Rupert Murdoch.

McDowell first appeared on television in 1967 in an episode of the BBC police procedural series "Dixon of Dock Green." The same year, he was in multiple episodes of "Sat'day While Sunday" and "The Newcomers." McDowell worked on television inconsistently in the 70s and 80s, during which time he was in such made-for-TV movies as "She Fell Among Thieves," "Look Back in Anger," and "Merlin and the Sword." He had more parts in the 90s, including a guest role on "Our Friends in the North" and main roles on the short-lived series "Pearl" and "Fantasy Island." Later, in the 2000s, McDowell had an 11-episode arc on the HBO series "Entourage" and a 10-episode arc on the NBC drama "Heroes." In the early 2010s, he guest-starred on "CSI: Miami" and "The Mentalist." One of McDowell's biggest television roles came in 2011, when he began playing Stanton Infeld on the TNT legal series "Franklin & Bash." Another significant role was on the streaming series "Mozart in the Jungle."

Due to his recognizable voice, McDowell has been a prolific voice-actor in film, television, radio, and video games. His credits include such animated shows as "Biker Mice from Mars," "Wing Commander Academy," "Superman: The Animated Series," "Teen Titans," "Metalocalypse," "Phineas and Ferb," "Hero Factory," "TripTank," and "Castlevania." In the world of video games, he is best known for voicing Molag Bal in the "Elder Scrolls" franchise.

In 1975, McDowell wed actress and publicist Margot Bennett; they divorced in 1980. He subsequently married actress Mary Steenburgen, whom he had met while filming "Time After Time." The pair had two children, Lilly and Charlie before divorcing in 1990. In September 2021 their son Charlie married Lily Collins, the actress daughter of Phil Collins. Mary Steenburgen went on to marry Ted Danson. So Malcolm's extended family is dotted with celebrities.

McDowell married Kelley Kuhr in 1991. They have three sons: Beckett, Finnian, and Seamus. The couple lives in Ojai, California. 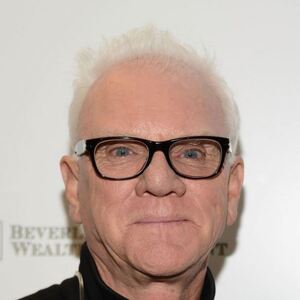