What is Malcolm-Jamal Warner's Net Worth and Salary?

Malcolm-Jamal Warner is an American actor, director, and musician who has a net worth of $6 million. Warner is perhaps best known for appearing as Theodore Huxtable on "The Cosby Show." He also gained prominence for playing the role of Malcolm McGee on "Malcolm & Eddie." Further roles came with shows like "Reed Between the Lines" and "The Resident." Outside of his acting roles, Malcolm-Jamal has worked as a producer and director for several well-known projects. In addition, he is known for his voice acting role in "The Magic School Bus."

Malcolm-Jamal Warner was born on August 18th of 1970 in Jersey City, New Jersey. Raised by a single mother, he was named after Malcolm X and jazz musician Ahmad Jamal. Warner's mother would later serve as his manager in his entertainment career. By the age of nine, Malcolm had become quite interested in acting, and he attended various acting schools. He later became a child performer and attended The Professional Children's School in New York City.

While Warner booked several roles as a child actor, his real breakthrough came in 1984 when he booked the role of Theo Huxtable in "The Cosby Show." He appeared in the show for six years until 1992. Malcolm was allegedly hand-picked by Bill Cosby himself after auditioning. During this period, Warner ventured into several others areas of the entertainment world, and he directed several music videos. He worked with groups like New Edition, Special Ed, and Five Star.

Warner even had the chance to direct several episodes of "The Cosby Show." He later directed episodes of sitcoms like "All That," "Kenan & Kel," and "Malcolm & Eddie." In 1992, he was widely praised for directed a short public health video for teens about the dangers of HIV and AIDS.

After his tenure with "The Cosby Show," Malcolm went on to book roles in shows like "Malcolm & Eddie." He also worked heavily with "The Magic School Bus," becoming a notable voice actor in the show. Another notable role during this period was in the show "Jeremiah."  Throughout the rest of the 90s, he also appeared in shows like "Listen Up!," "CBS Storybreak," "Touched by an Angel," and "The Fresh Prince of Bel Air." 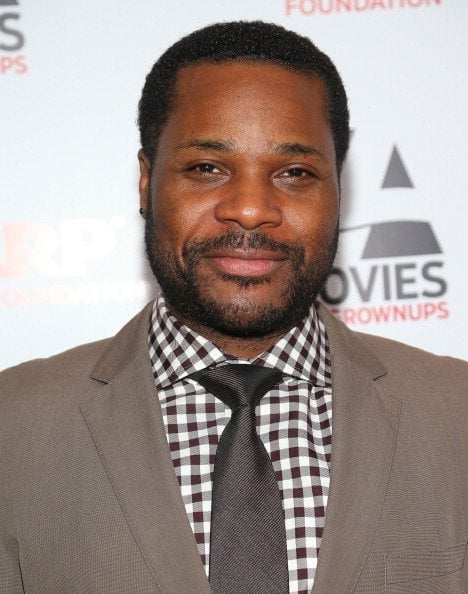 By the 2000s, Warner had shifted his attention partly towards music. He released a debut EP called "The Miles Long Mixtape," and in 2007 he released another CD. During the 2000s, Malcolm also appeared in shows like "HawthorRNe" and "Community." In the 2010s, Warner continued to appear in shows like "Reed Between the Lines," "American Crime Story," and "Suits." Towards the 2020s, Malcolm became known for his roles in shows such as "Major Crimes" and Amazon Prime's "Sneaky Pete." In 2021, it was reported that Warner had acquired the film and television rights to the book "Freedom's Shore" by Russell Duncan.

Warner once had a high-profile relationship with Michelle Thomas, the same actress who played his girlfriend on "The Cosby Show." Unfortunately, their relationship ended in 1994, and Thomas passed away not long afterward in 1998. Malcolm was reportedly at her deathbed when she passed away from a rare form of cancer at the age of 30. Malcolm then pursued a relationship with actress Karen Malina White for several years before dating another actress called Regina King until 2013. Although Warner is currently married with a child, he does not disclose the identity of his family due to privacy concerns.

Malcolm's longtime primary residence has been a large hillside home in Studio City, California that he acquired in 1994 for $470,000.