Makenzie Vega Net Worth: Makenzie Vega is an American actress who has a net worth of $6 million. Makenzie Jade Vega was born in Los Angeles, California in February 1994. She is the younger sister of actress Alexa Vega. Makenzie first appeared in the TV Movie Dr. Quinn Medicine Woman: The Movie in 1999.

Her film debut came in 2000's The Family Man. From 2000 to 2001 she starred as Eliza Ryan on the series The Geena Davis Show. She starred in the movies Made, Saw, Chestnut: Hero of Central Park, Sin City, Just My Luck, and X-Men: The Last Stand. In 2006 she had a recurring role on the series Justice and starred in the 2007 movie In the Land of Women. Vega made appearances on the series Ghost Whisperer and ER in the late 2000s. Her best known role has been as Grace Florrick in the series The Good Wife since 2009. In 2014 she starred in the film Code Academy and she is scheduled to star in the upcoming movie The Case Against Sam. She won a Young Artist Award for Best Performance in a Feature Film – Young Actress Age Ten or Under in 2001 for The Family Man. Vega has been nominated for three other Young Artist Awards and three Screen Actors Guild Awards. 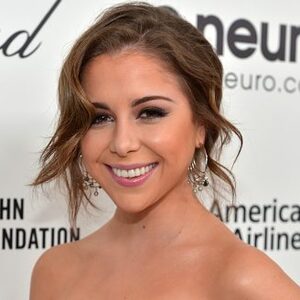