What is Mahershala Ali's Net Worth?

Mahershala Ali is an American actor who has a net worth of $12 million. Over the course of his career, he has appeared in a number of films, resulting in various publications calling him one of the most influential people in the world and one of the greatest actors of the current generation. He began his acting career with roles in TV shows like "Crossing Jordan" and "Threat Matrix" before breaking through with a role in the sci-fi series "The 4400."

His film breakthrough came in 2008 with "The Curious Case of Benjamin Button," and Ali has since become a major fixture in a number of notable films, including "The Hunger Games" franchise. He also continued to book a variety of TV roles during this period, including one notable role in "House of Cards." The latter role earned him his first Emmy Award nomination.

In 2016, he appeared in one of his most defining films, "Moonlight." This earned him an Academy Award for Best Supporting Actor. He then appeared in the comedy film "Green Book" and booked the lead role in the HBO series "True Detective." He has since joined the Marvel Cinematic Universe, playing crime boss "Cottonmouth" Stokes in the series "Luke Cage." In addition, he has played the vampire hunter Blade in the 2021 film "Eternals."

Over the course of his career, Mahershala has won two Academy Awards, three Screen Actors Guild Awards, a BAFTA Award, a Golden Globe Award, and a Primetime Emmy Award, making him one of the most decorated actors of the current generation.

Mahershalalhashbaz Gilmore was born on February 16th of 1974 in Oakland, California. His mother was an ordained Baptist minister. Acting ran in the family, as his father was a Broadway actor. After graduating from high school, Ali attended St. Mary's College of California and graduated in 1996 with a degree in mass communication. He attended the institution on a basketball scholarship, although he later became disillusioned with the idea of an athletic career and turned instead to acting.

During this period, he appeared in a number of stage performances and served as an apprentice at the California Shakespeare Theater after earning his degree. He then took a sabbatical before attending the Tisch School of the Arts at New York University. He eventually graduated with a master's degree in 2000, converted to Islam, and began to pursue an acting career.

Mahershalalhashbaz's full name has been an issue, and he eventually chose to shorten it to simply "Mahershala." However, he continued to use the former version from 2001 to 2010, only shortening it when he was informed that his name was too long to fit on the poster for the film "The Place Beyond the Pines." Ali began his acting career in television, booking a notable role in "Crossing Jordan" back in 2001. He then followed up with roles in series such as "Haunted," "NYPD Blue," and "CSI: Crime Scene Investigation." After further TV roles in shows like "The Handler" and "Threat Matrix," he landed a breakout role in "The 4400," playing the role of Richard Tyler in the sci-fi series. This show received strong reviews despite being canceled after four seasons, and it holds a 95% rating on Rotten Tomatoes.

Ali's increased notoriety on "The 4400" allowed him to explore greater opportunities in the world of film. His first major film role came in 2008 with "The Curious Case of Benjamin Button," although he had previously appeared in a handful of other features and short films. He followed up on this success with further film roles in movies like "Crossing Over" and "Predators." During this period, Ali also continued to book various TV roles in shows like "Lie to Me," "Law & Order: Special Victims Unit," "The Wronged Man," "Treme," and "Alphas." Later, he would earn significant praise for his role in "House of Cards." 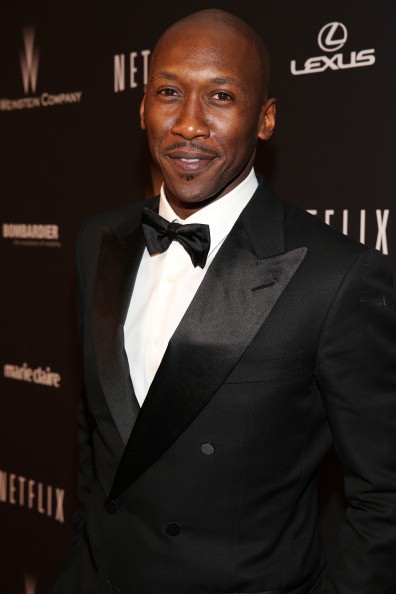 In 2012, Ali booked another notable film role in "The Place Beyond the Pines" alongside a star-studded cast that included Ryan Gosling, Ray Liotta, Bradley Cooper, and Eva Mendes. The film grossed $47 million on a budget of just $15 million, making it a moderate commercial success. It also received generally positive reviews from critics. Over the next few years, Ali became known for playing Boggs in "The Hunger Games: Mockingjay – Part 1" and its sequel. Further film roles followed before he booked a central role in "Moonlight."

The film grossed over $65 million on a budget of $1.5 million and received extremely positive reviews from critics. More importantly, he was singled out for praise and won an Oscar for Best Supporting Actor. Over the next few years, he became known for appearing in movies such as "Alita: Battle Angel," "Eternals," and "Swan Song." He also continued to book notable roles in series like "Luke Cage," "True Detective," and "Ramy." In addition, Ali established himself as a voice actor in video games such as "Madden 18: Longshot" and in animated films such as "Spider-Man: Into the Spider-Verse."

Outside of acting, Ali has explored a number of opportunities in the music world, releasing rap music under the name "Prince Ali." He released one album in 2006 and has since collaborated with artists such as Keith Murray, Casual, Planet Asia, and Riz Ahmed.

In 2013, Ali married a woman named Amatus Sami-Karim. The couple subsequently had one child together in 2017.

In 2018, it was reported that Ali had purchased a home in the Mt. Washington area of Los Angeles for $2.05 million. 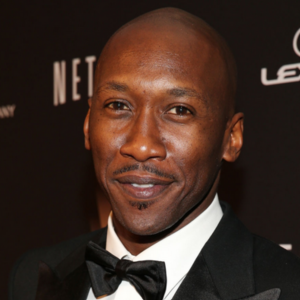