Maggie Smith Net Worth: Maggie Smith is a prolific English stage, television, and film actress who has a net worth of $20 million. She has appeared in over sixty films and over seventy plays over the course of her career. She is best known to international audiences for her portrayal of Professor Minerva McGonagall in the Harry Potter film franchise.

Early Life: Maggie Smith was born Margaret Natalie Smith on December 28th, 1934 in Ilford, Essex, England. Her mother worked as a secretary and was of Scottish ancestry. Her father worked as a pathologist for the University of Oxford and was of Anglican ancestry. She had older twin brothers, and they grew up in Oxford. She attended Oxford High School until age sixteen at which point, she left to study acting at the Oxford Playhouse.

Early Career: At the age of seventeen, Smith made her debut on stage at the Oxford Playhouse with a lead role as Viola in the Shakespeare play "Twelfth Night." Her television debut came two years later in 1954 with a small role in the television series "Oxford Accents," and her first appearance on film came in 1956 with an uncredited role in the film "Child in the House." She also made her Broadway debut that same year in the production "New Faces of '56," which premiered at the Ethel Barrymore Theatre. She appeared in six episodes of the British anthology television series "ITV Play of the Week." She received her first BAFTA nomination in 1959 with the television film "Nowhere to Go." In the 1960s, her career continued to gain momentum, and she starred in several plays at the Royal National Theatre. She played the character of Desdemona in play "Othello," and she reprised that role for the 1965 film, which earned her an Oscar nomination. In the early 1960s, she starred in the comedy "Go to Blazes," "The V.I.P.'s," "The Pumpkin Eater," "Young Cassidy." In 1967, she starred in the television movie "Much Ado About Nothing" as well as in the crime comedy "The Honey Pot." In 1968, she appeared in the Academy Award-nominated crime comedy "Hot Millions," and in 1969, she won an Oscar for her performance as lead actress in the film "The Prime of Miss Jean Brodie." She also won a BAFTA award and was nominated for a Golden Globe for her performance. Also in 1969, she was in the Golden Globe award-winning film "Oh! What A Lovely War." She was nominated for an Academy Award for her performance in the 1972 film "Travels with My Aunt." The following year she starred in the film "Love and Pain and the Whole Damn Thing." She appeared in the 1976 Golden Globe nominated film "Murder by Death," and she starred alongside Mia Farrow and Bette Davis for the 1978 drama "Death on The Nile." She won an Oscar, a Golden Globe, and received a BAFTA nomination for her performance in the 1978 film "California Suite," in which she starred opposite Michael Caine. 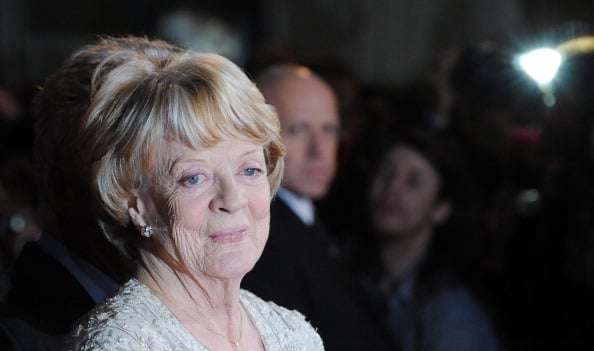 In 1981, Smith starred in the film "The Quartet," which premiered at the 34th Cannes Film Festival, and she played the role of a goddess in "Clash of The Titans" that year as well. She saw the release of "Evil Under the Sun" and "The Missionary" in 1982. She received a BAFTA nomination for her 1983 guest appearance on the television show "All for Love." In 1985, she appeared in the Academy Award-winning film "A Room with A View." The film was popular among critics and at the box office, earning $21 million against a $3 million budget. Smith won a BAFTA and a Golden Globe for her supporting role. The satirical play "Lettice and Lovage" was written with Smith specifically in mind for the leading role. The play premiered in the Fall of 1987, and Smith starred in both the American and English legs of the production. For her role in the 1990 American leg of the production, Smith won the Tony Award for Best Actress in a Play.

In 1991, she appeared in Steven Spielberg's hit "Hook," which also featured Robin Williams and Dustin Hoffman. She played the role of Mother Superior in the 1992 Whoopi Goldberg-led comedy film "Sister Act" and reprised her role its 1993 sequel "Sister Act 2: Back in the Habit." Her performance in the 1993 film "The Secret Garden" earned her a BAFTA nomination for Best Supporting Actress. She received her first primetime Emmy nomination in 1993 with the television film "Suddenly, Last Summer." In 1996, she was featured alongside Diane Keaton, Goldie Hawn, and Bette Midler in the film "The First Wives Club," which grossed over $181 million worldwide. She continued to act in theatrical productions throughout the nineties including the plays "The Importance of being Earnest" and "Three Tall Women." Her performance in the latter production earned her a fifth Evening Standard Award. She won a BAFTA for her performance in the 1999 film "Tea with Mussolini," which was a hit at the box office with the filming earning over $45 million worldwide. She was featured alongside Daniel Radcliffe in a 1999 BBC adaptation of "David Copperfield," which earned her another BAFTA nomination.

In 2001, Smith reunited with Radcliffe for the filming of "Harry Potter and the Sorcerer's Stone," in which she was cast as Professor Minerva McGonagall. Her portrayal of the character garnered her widespread recognition and acclaim throughout the franchise's seven feature films. In 2010, she began her recurring role as Violet Crawley in the hit television series "Downton Abbey." She remained on the show until its conclusion in 2015, and she reprised her role for the television show's 2019 feature film "Downton Abbey."

Personal Life: Smith married actor Robert Stephens in June of 1967, and they had two sons together. The couple divorced in 1975. She married playwright Beverley Cross in June of 1975, and the two remained married until his death in 1998. She announced that she had been diagnosed with Graves' Disease, and in 2007, it was disclosed that she was undergoing treatment for breast cancer. It was announced in 2009 that she had made a full recovery. 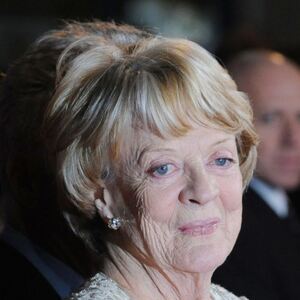