Maggie Siu Net Worth: Maggie Siu is a Hong Kong actress who has a net worth of $20 million dollars. Maggie Shiu Mei-kei was born in Hong Kong in February 1965. She is sometimes credited as Maggie Shaw. Shiu joined Hong Kong TVB in 1985. She starred in a music video for Jacky Cheung.

Her first TV appearance came in 1985 in Ngan sik lui to, and her film debut came in 1989's Hua xin san jian xia. She has starred in Take Care, Your Highness, New Heavenly Sword and Dragon Sabre, Blood of Good and Evil, The Breaking Point, Conscience, Healing Hands, The Gem of Life, PTU, and Election. Shiu won a Golden Bauhinia Award for Best Supporting Actress in 2004 for Mong bat liu. She has been nominated for Best Supporting Actress at the Hong Kong Film Awards for her roles in PTU, Breaking News, Election, and Eye in the Sky. She was also nominated for best supporting actress in Taiwan's Golden Horse Show Award for Eye in the Sky. She is scheduled to star as Jane in the upcoming 3D suspense-horror film Second Coming. 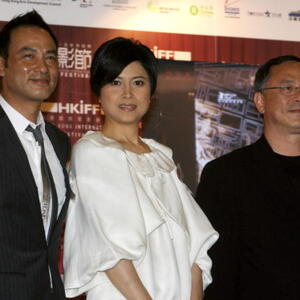