Maggie Lawson net worth: Maggie Lawson is an American actress who has a net worth of $2 million dollars. Maggie Lawson was born in Louisville, Kentucky, and began her professional on-camera career in 1996, while she was still in high school. She appeared in guest starring roles in "Unhappily Ever After" and "Hang Time".

She has since gone on to appear in such film and television projects as "Step by Step", "Boy Meets World", "Meego", "Home Improvement", "Pleasantville", "I've Been Waiting for You", "ER", "Working", "Felicity", "Model Behavior", "Cheats", "Smallville", "Love Rules", "Revenge of a Middle Aged Woman", "Tru Calling", "Crumbs", "Cleaner", "Rules of Engagement", "Fear Itself", "Still Waiting", "Killer Hair", "Hostile Makeover", "Gamer", and "Justified". She is most widely recognized for her recurring and co-starring roles on such shows as "Party of Five", "Inside Schwartz", "It's All Relative", and "Psych". Most recently, she starred on the short-lived sitcom, "Back in the Game'. 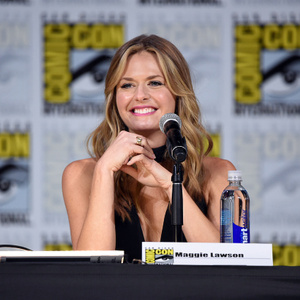