Mads Mikkelsen net worth and salary: Mads Mikkelsen is a Danish actor who has a net worth of $14 million dollars. Mads Mikkelsen is most widely known to American audiences for his co-starring role in "Casino Royale", and for his work on the television series, "Hannibal", as Dr. Hannibal Lecter. He appeared in 39 episodes during the show's run from 2013 to 2015.

Early Life: Mads Mikkelsen was born in Østerbro, Copenhagen, Denmark, and was originally focused on becoming a gymnast and dancer. He and his older brother, actor Lars Mikkelsen, were raised in the Norrebro district by their mother Bente Christiansen and father Henning Mikkelsen who worked as a cab driver. He studied dancing at a ballet academy in Gothenburg where he became fluent in Swedish.

Career: He began his professional career as a ballet dancer, dancing in Sweden for 10 years. He then shifted his focus to acting, and went on to graduate from the Arhus Theatre School. He made his film debut in the internationally successful project, 1996's "Pusher", and has since gone on to become one of Europe's most celebrated actors. "Pusher" spawned two sequels and thrust Mikkelsen firmly onto the big screen spotlight. In 1999, he played a leading role as Lenny opposite Kim Bodnia in "Bleeder." He went on to play a gangster in "Flickering Lights" in 2000. The following year, he gained wider popularity when he starred in "Shake It All About."

In 2002, he landed the role of a young doctor who falls in love with the girlfriend of a patient of his in 'Open Hearts." He was nominated for Best Actor at the Rouen Nordic Film Festival in 2003 for his work. His role in "The Green Butchers" awarded him a Fantasporto Award for Best Actor. In 2003, he starred in the Spanish film "Torremolinos 73," which was a critical success in Spain but poorly received in Scandinavian countries. Mikkelsen's breakthrough and longest running role was in "Rejseholdet" ("Unit One") where he played a sensitive policeman. He held the role from 2000-2003. In 2004, he became internationally known for his role in "King Arthur," a commercial success despite negative reviews.

Next up, Mikkelsen starred in an easily-won role in the twenty first James Bond film, 2006's "Casino Royale." The role gained him even further international fame. That same year, Mads took the lead role in the Danish drama "After the Wedding," which was nominated for an Oscar for Best Foreign Film. Mikkelsen won the Palm Springs International Film Festival Award for Best Actor and a European Film Award for Best Actor for his performance. The next year, he gained a reputation as one of Europe's most sensuous male actors when he played Stravinsky in "Coco Chanel & Igor Stravinksy." He then returned to violent action in "Valhalla Rising" in 2009 and "Clash of the Titans" in 2010.

2011 saw Mikkelsen starring in another box office hit, "The Three Musketeers." He scored a Best Actor Award at the Cannes Film Festival in 2012 and several nominations in "The Hunt." The same year he starred in the Oscar nominated historical drama "A Royal Affair," taking the role of physician Johann Friedrich Struensee. The movie, which was one of the highest budget Danish films of all time, mainly due to extravagant costuming, was met with critical acclaim. In 2012, Mikkelsen was awarded the Danish American Society's Person of the Year. From 2013-2015, he played Hannibal Lecter in NBC's "Hannibal" alongside Hugh Dancy. It was a critical success and Mikkelsen's character received much critical praise. 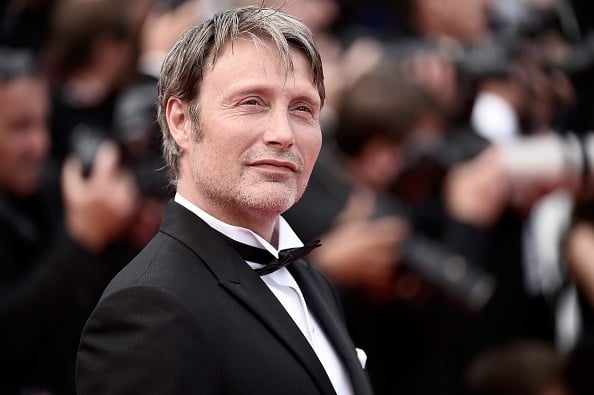 In 2013, he appeared alongside Shia LaBeouf and Evan Rachel Wood in "Charlie Countryman." He went on to star in "The Salvation," a Danish western, "Doctor Strange," and "Rogue One: A Star Wars Story." In 2018, Mads starred in "Arctic" and joined the cast for "Chaos Walking." Later that year, he had a supporting role in Julian Schnabel's film "At Eternity's Gate," starring Willem Dafoe. In 2019, he starred in action fi;m "Polar," which was poorly received by critics. He also appeared in Carlsberg beer's new 2019 U.K. advertisement and announced that the brand's flagship beer had been rebrewed to become a Danish pilsner.

In 2020, Mikkelsen revealed he was in early talks with Warner Bros for the role of Grindelwald in the "Fantastic Beasts" series from the third film. Later that month Warner Bros confirmed that Mikkelson had been cast as Grindelwald in the film, which was already filming at the time of his announcement. The movie is slated to come out in 2022. In early 2020, Mads starred as Martin in Thomas Vinterberg's "Another Round." The movie was widely critically acclaimed and won the Oscar for Best Foreign Language Film at the 2021 Academy Awards ceremony.

Personal Life: During his dancing career, he met choreographer Hanne Jacobsen, who he married in 2000.  They have two children together: Viola, born in 1992, and Carl, born in 1997. The family resides in Denmark, where Mikkelsen has lived his whole life except for living in Toronto while filming "Hannibal." 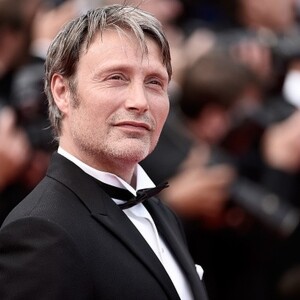