Madeleine Martin Net Worth: Madeleine Martin is an American actress who has a net worth of $4 million. Madeline Martin was born in Manhattan, New York City in April 1993. She is best known for playing the role of Rebecca "Becca" Moody on the TV series Californication. She appeared in a Broadway National Tour of The Sound of Music at the age of seven. Martin became the youngest presenter in history at the 2003 Tony Awards. Madeleine's first television appearance came in the series Law & Order: Special Victims Unit in 2004. She appeared in an episode of Hope & Faith and then did voice work for the 2006 film Ice Age: The Meltdown. She appeared in the 2007 video Night of the Living Cat Girl and the series Law & Order. From 2003 to 2011 Martin had a recurring role as JoJo in the TV series JoJo's Circus. In 2010 she starred in the film Legendary as Luli Stringfellow. Since 2011 she has had a recurring role of Fionna in the series Adventure Time and has starred as Becca Moody in the Showtime series Californication. She starred in the movies The Discoverers and Refuge and in the 2014 TV series Hemlock Grove as Shelley Godfrey. 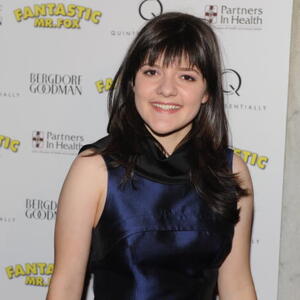